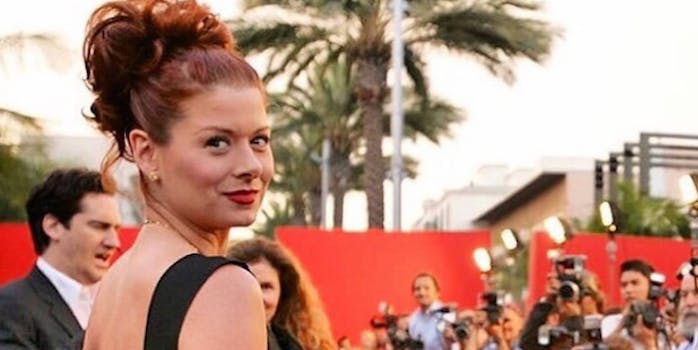 Debra Messing may not be known for media snafus, but she certainly stumbled her way into one.

It all started Wednesday afternoon, when the Mysteries of Laura star tweeted a now-deleted selfie of herself in a gun violence awareness T-shirt, along with the caption: “HORRENDOUS Watching news about shooting at UCLA with casualties while taking selfie 2bring awareness to Gun Violence.” 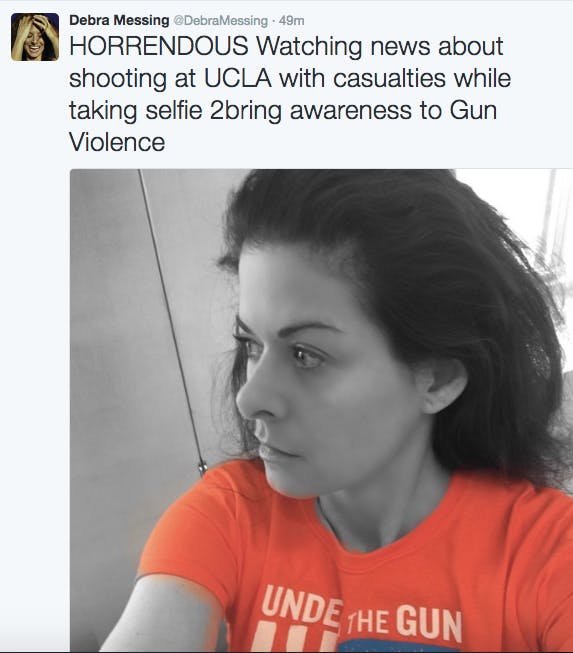 Not only did her tweet go out as news of an active shooting on the UCLA campus was unfolding, but it seemed evident that she was aware of the situation and had chosen to tweet specifically because of the media tie-in. At best, it looked like a gravely misguided PR moment; at worst, an insensitive reaction to a still-unfolding school shooting.

So much so that Messing pulled her initial tweet and tweeted a longer, more thought-out response.

In it, she claims that her gun violence T-shirt selfie was scheduled for Wednesday anyway, and that the timing of the tragedy in Los Angeles seemed “ironic.” She also expressed regret at the obvious miscalculation on her part, message-wise.