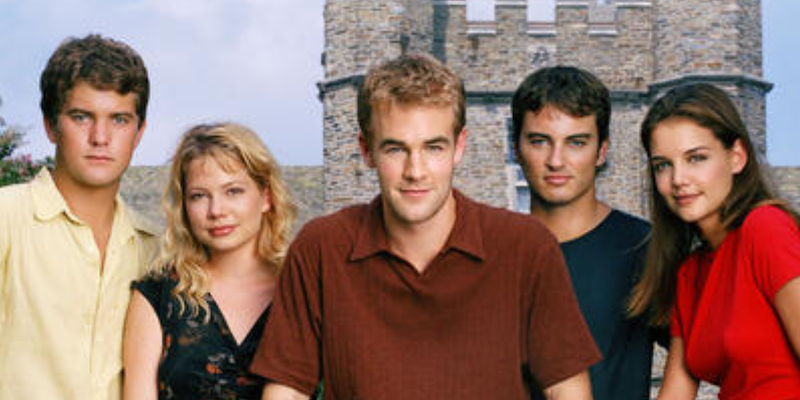 You could say the outlook is Dawson's BLEAK.

“We talked about it but didn’t really find a reason to do it.”

These words came from Dawson’s Creek creator Kevin Williamson during a Television Critics Association (TCA) panel today. Like other showrunners with beloved hit series under their belt, Williamson has been approached about rebooting the popular 90s CW drama.  Deadline reports Williamson dismissed the possibility.

“We keep talking about it, but … as of now it’s not even in the pipeline. We talked about it but didn’t really find a reason to do it. We [came] up with, ideas and we’ve thought about it, but no,” Williamson told the TCA on Thursday.

Dawson’s Creek told the coming of age stories of four high school students in a small Massachusetts town. The show was a defining teen drama of the era, launching the careers of Michelle Williams, Katie Holmes, James Van der Beek, and Joshua Jackson.

For Williamson, Dawson’s Creek was something of a departure. The Scream writer has tended towards darker fare during the rest of his career, including Vampire Diaries, The Following, and his current CBS All Access series Tell Me A Story. He was promoting Tell Me A Story during the panel; the twisted fairy tale thriller is about to enter its second season.

Dawson’s Creek has endured as a nostalgia point in the culture and as a favorite meme subject. James Van der Beek has been the inspiration for a number of viral memes referencing his portrayal of Dawson.