Rejoice, ’90s kids: ‘Dawson’s Creek’ and ‘Party of Five’ are coming to Hulu

It's no coincidence that many of these new titles appeal to the '90s nostalgia-loving crowd.

While the father from 10 Things I Hate About You may not be too fond of those “Dawson’s River kids,” fans of Dawson, Joey, and the gang will be delighted to hear that they’ll soon be coming to Hulu after the online video streaming service inked a deal with Sony for a multi-year contract.

Craig Erwich, senior vice president and head of content for Hulu, announced the new content at the Television Critics Association press tour in Pasadena, Calif., on Saturday, Variety reports. He also announced that Hulu will be streaming all seasons of Party of Five, The Shield, and Damages in 2016. Your big sister, your dad, and your mom will all be happy.

Hulu will also be expanding its movie offerings with big titles like Jerry Maguire, Midnight in Paris, and My Best Friend’s Wedding. 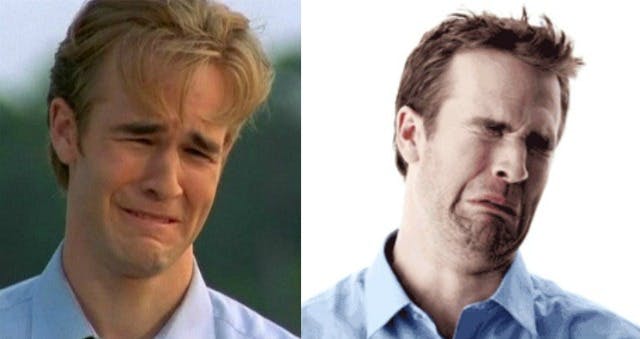 James Van Der Beek, star of ‘Dawson’s Creek,’ is no stranger to the Internet. He’s become a popular meme.

It’s no coincidence that many of these new titles appeal to the ’90s nostalgia-loving crowd. According to Variety:

At TCA, press members received fanny packs full of ’80s and ’90s swag, including wrist slappers, ring pops and mood rings to promote the nostalgic programming heading to the platform under the Sony deal.

While the announcement that these these classic favorites are coming to a computer near you is exciting, Beverly Hills, 90210 creator Darren Star and Veronica Mars creator Rob Thomas admitted on a panel at TCA that companies are struggling to create original content, and may use nostalgia as a ploy.

“I think that every writer knows it is a little bit more difficult to get a completely original idea on the air,” Thomas said.

Nevertheless, Hulu continues to grow its licensed and original content. And Sunday night could mark a first for the company: Its original show Casual is up for a Golden Globe for Best Comedy Series.