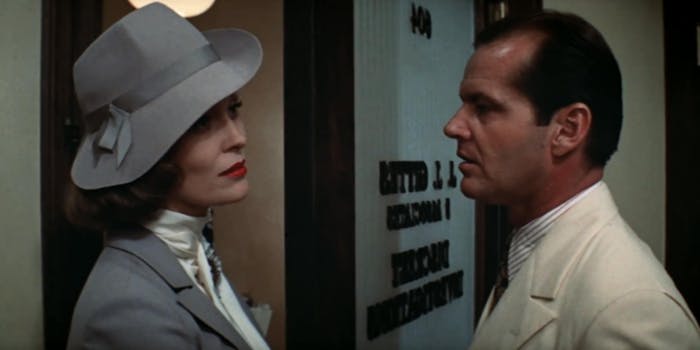 The prequel series to the 1974 film is set to land on Netflix.

Netflix is reportedly moving forward with a Chinatown prequel, featuring a script from David Fincher and original screenwriter Robert Towne.

According to Deadline, the prequel to the 1974 Roman Polanski film will be a series and focus on a younger J.J. “Jake” Gittes (originally played by Jack Nicholson) in his early days as a private eye. The film was set in Los Angeles, 1937, so ostensibly the series could be set in the ’20s or early ’30s. Currently, Fincher has only helped with the pilot script; directors and cast have not been announced yet. Chinatown‘s producer Robert Evans passed away last month, though it’s not clear if that helped free up the rights to the film.

Considering Fincher’s track record with House of Cards and Mindhunter, the series will no doubt be thematically darker. Fincher is also working on Mank, a Netflix movie about Citizen Kane screenwriter Herman J. Mankiewicz.