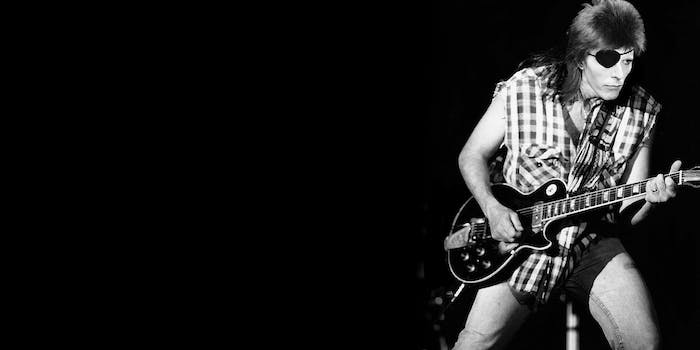 The recording wasn't released until after Bowie's death.

Audio of a David Bowie recording session recently surfaced from 1985, demonstrating that not only was Bowie a hell of a musician, he was an excellent musical impressionist as well.

Recording producer Mark Saunders originally captured the performance, which occurred while Bowie took a break from recording the theme of the British Rock musical Absolute Beginners. Saunders played it for a friend, the father of So So Glos’s Zach Staggers. Staggers then “recovered it from an old iPod” after Bowie’s death. Although he hadn’t heard it recently, he noted just how fun and human the whole thing sounded.

“It is as amazing as I remember,” Staggers told the Talkhouse. “Bowie goes through a handful of sung impressions, including, but not limited to, Bruce Springsteen, Iggy Pop, Tom Waits, Lou Reed and Anthony Newley, who was such a big influence on the iconic singer that the impersonation almost sounds like Bowie mimicking himself. Between takes you can hear Bowie having fun and going back and forth with the engineers. Jokes.”

In the recording, which Saunders posted to YouTube, Bowie effortlessly impersonates other big artists at the time such as Springsteen, Neil Young, Iggy Pop, Reed, and Waits, and he easily gives modern impressionists a run for their money. He describes Bowie’s professionalism as well as his ability to put everyone at ease during the recording.

“The impersonations on this YouTube posting were recorded in August ’85, when Bowie came in to do the lead vocal,” Saunders wrote. “At the end of the session, he broke into the impersonations and I realized that these might get erased at some point, so I quickly put a cassette in and hit ‘record.’ I wish we could hear the other side of the dialogue between Bowie and Clive [Langer] and Alan [Winstanley], but unfortunately that wasn’t being recorded.”

H/T Pitchfork | Photo via Photo via Wikimedia (CC BY 2.0) | Remix via Max Fleishman