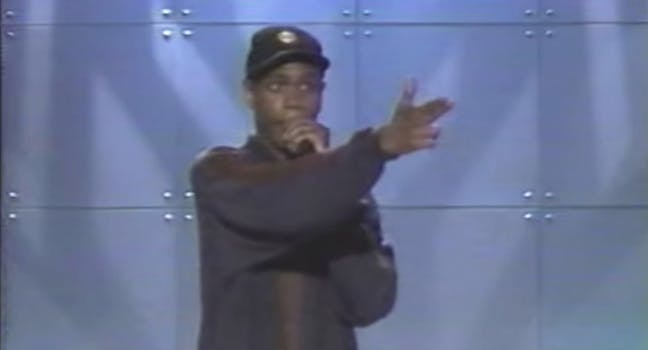 He jokes about race, Batman, and delivering pizzas.

At this point you’ve likely watched every skit from Dave Chappelle’s hosting of Saturday Night Live at least twice. But have you seen his first appearance on Star Search?

Chappelle was the youngest comedian to perform on Ed McMahon’s talent show at the time of his 1993 appearance. He packs a lot into his one-minute routine—black entertainment, Batman, and the dangers of being a Domino’s pizza delivery man in D.C.—and 25 years later, most of it is still frustratingly relevant.