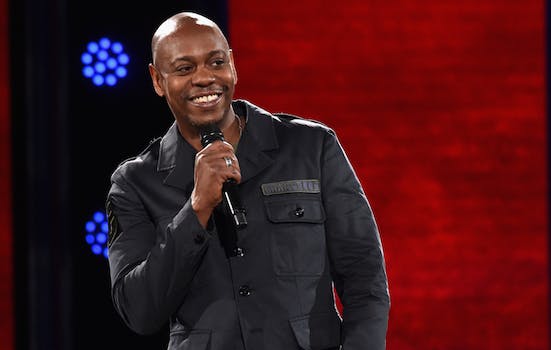 Dave Chappelle’s trance face, narrated by Morgan Freeman, is the first thing we see in The Age of Spin: Dave Chappelle Live at the Hollywood Palladium. That’s one of two new hourlong specials that landed on Netflix Tuesday. This volume marks Chappelle’s return to standup specials after more than a decade away, and it’s obvious he’s been thinking a lot.

The Age of Spin (“the age where nobody knows what the fuck they’re even looking at,” he explains) was filmed before the election, but there’s a clever mashup of In Living Color’s Handi-Man and Donald Trump in the animated intro. The special instead finds Chappelle looking back at his career and his place in comedy history. He talks about bombing in Detroit, and taking his 12-year-old son to see Kevin Hart. He discusses a traffic stop and having to deal with cops: “I’m black, but I’m also Dave Chappelle.”

He comments on his place in pop culture, too. “A lot of black people don’t fuck with me like they used to,” he says, segueing into a bit about Flint’s toxic water supply and a charity benefit Chappelle ditched to go to the 2016 Oscars. In that same bit, he addresses the lapse in his career with a bittersweet barb: “I had to watch Key and Peele fucking do my show every night!”

Chappelle spends some time on Bill Cosby’s numerous sexual assault allegations, jesting that “he’s the Steph Curry of rapes.” He also talks about Cosby as a comedic hero and how it’s difficult to separate an influential artist and from their deeds. He wraps that into a callback from an earlier bit, pumping some blood into the special and offering some circularity. Meeting O.J. Simpson provides the special’s four bookmarks.

Deep in the Heart of Texas: Dave Chappelle Live at Austin City Limits, filmed in 2015, finds him looking inward a bit more, though he talks about Cosby there too. He details a racial incident in his small Ohio town (where he just showed up at a city council meeting), issues in his marriage, and how he dealt with his son getting into a fight at school. Not every joke lands, but we get a rare window into the domestic life of Chappelle, and the specials offer a lens into his growth as a comedian over just a year, which is not a luxury afforded just any comedian.

The Age of Spin is more even and structured than Deep in the Heart of Texas, but the specials work in an episodic fashion; watching them together gives a deeper experience. Chappelle has a deal with Netflix to do one more new special, which should offer an even clearer sketch of Chappelle’s growth, and what’s behind that trance.