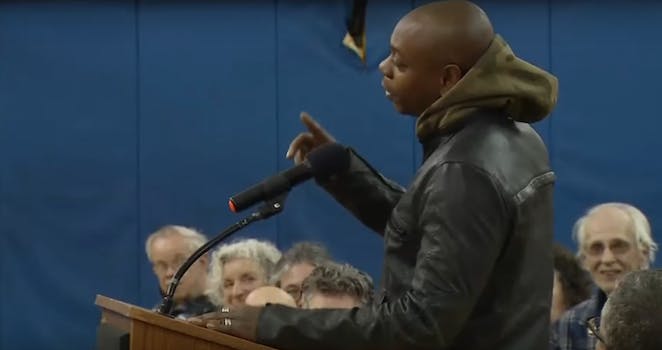 He did not hold back.

Though Chappelle was born in Washington, D.C., he’s long made his home in the sleepy, liberal college town, where his father was a professor at Antioch College.

After the national coverage, including a New York Times piece, Chappelle told the assembly: “Given what the culture of our town is, the council has tremendous opportunity to leader in progressive law enforcement.”

Watch the comedian’s address below.