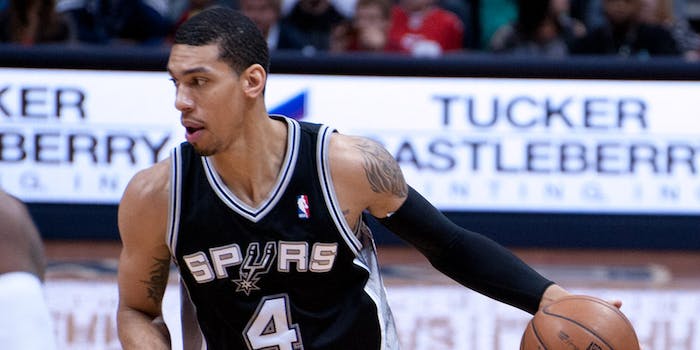 27-year-old San Antonio Spurs shooting guard Danny Green is catching heat for an insensitive Instagram he posted from the Holocaust Memorial in Berlin Wednesday. Posing in front of the memorial, Green flipped his phone, snapped a selfie, and uploaded the picture—along with the caption “You know I had to do it one time lol #Holocaust.” 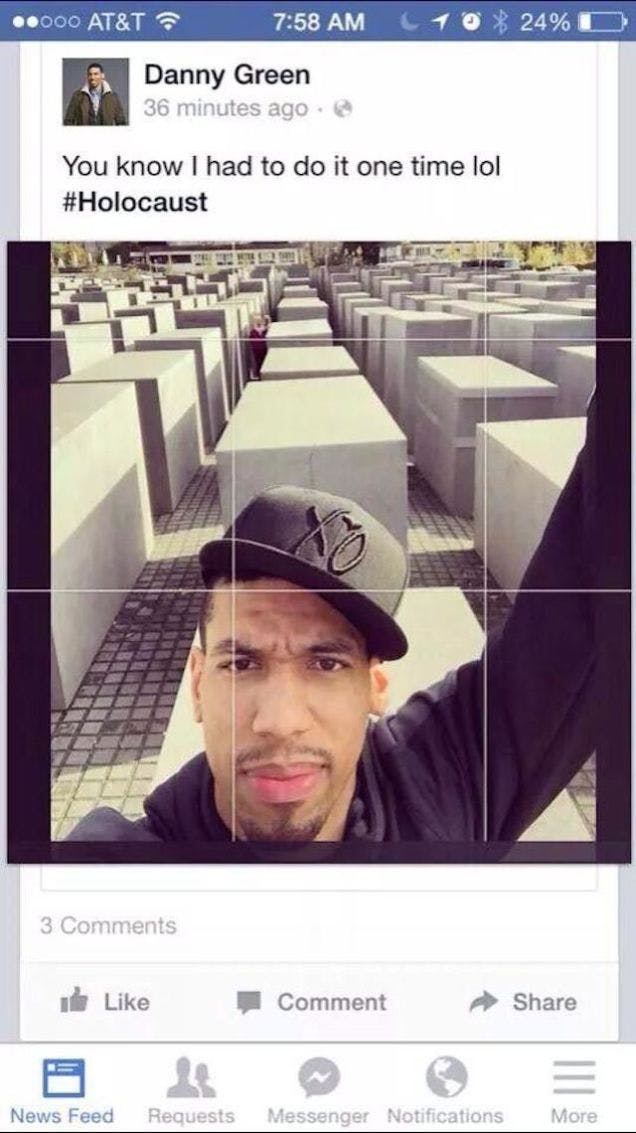 The Spurs were in Berlin for a preseason game against German hoops club, Alba Berlin—billed as goodwill ambassadors for the NBA. The Spurs lost Wednesday night, 94-93. Green has since apologized for being “insensitive.”

I want to sincerely apologize for the insensitivity of my post!

But showed poor judgement…sorry once again

Thing is, the photo itself wasn’t bad. He was stoic and obviously excited to be there. Holocaust selfies might be tone deaf, but they’re rarely intentionally disrespectful. As Angela Serratore wrote recently:

Whether taken at work or school or in the vicinity of One Direction or at the funeral of a loved one, it’s nothing more than a new way to do what we’ve always been doing—asserting that we are here despite every effort of the universe to make it the opposite.

Green was there, had to do it one time, and it was sincere and exuberant. And as one of his apologists pointed out, it’s not like he said Anne Frank would have probably been a fan of his.