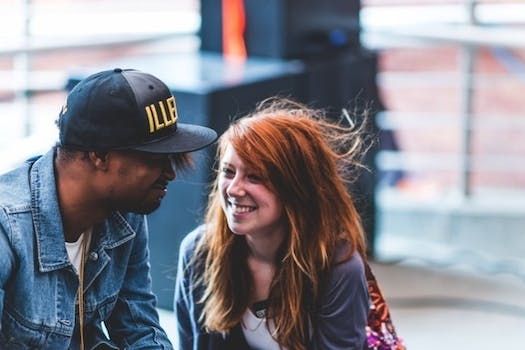 My thoughts on this whole Danny Brown oral sex thing

At the moment, I’m on tour with Danny Brown. This means that in between hours of watching dudes smoking weed, I’ve had some time to start cultivating the sociological theories that will be the cornerstone of the book I’m writing on the weird and unexpected shit rappers do. We haven’t been on the road for a week yet, but I’ve already got reams of material. This past Friday, in Minneapolis, the tour made some waves when a female fan pulled Danny’s pants down in the middle of the show and started performing oral sex on him. The internet thought this was a big deal, so there are articles here, here, and here, mostly harping on the fact that Kendrick Lamar tweeted at Danny after he heard about the deed:

The way I see it, there are two types of female Danny Brown fans: quiverers, and gropers. The quiverers are native internet users and are probably the ones who’ll read this article, even though it’s longer than what they’re used to. They’re the ones who watched Danny’s Pitchfork doc 20 times, and they draw intricate portraits of him with colored pencils and have X’s on their hands. I like talking to these girls because they are my kin, but when I do they either scoff at me because I’m not that cool online or they get all weird and don’t know what to say. They pay $75 to meet Danny before the show, and when he puts his arm around them in a picture, they quiver.

Then there are the gropers, and the girl who blew Danny onstage is one of these. Gropers watch a lot of MTV and tweet about A$AP Rocky until YouTube recommends them “I Will,” which they listen to 500 times and don’t pay attention to anything else. They take everything Danny raps about 100% literally, and assume that before the show we’re all backstage licking molly off each other’s buttholes. They often wear tube tops, even in Michigan where it was cold as fuck. Sometimes they come back to our hotel with us, and I’ve even parked their cars for them when they’re too drunk to drive. Usually I like them, because they all try to suck up to me and it’s hard to hate people who are being extremely nice to you. I also usually like them because everyone should have the chance to seduce their favorite rapper.

My friend Danny. Photo by the hypertalented Verena Stefanie Grotto

Here’s another thing Danny wants. Like anyone else, Danny wants to be respected as an artist and a human. Like any other male, especially those in the public eye (and especially those who spend a lot of time talking about licking vaginas), he wants to be respected as a “man.” I’m only putting man in quotation marks because my ideal man is currently at home in NYC lighting cupcake-scented candles and taking bubble baths.

But we all know what happened last week at our show in Minneapolis, an event that we’re currently referring to in the bus as “The Thing,” because we all kind of want to forget about it. Ever since it happened the universal respect Danny commanded has splintered into two groups: one side thinking he’s way more awesome than they should, and the other thinking he’s an awful misogynist and hack. This bothers me a lot. Him too, but mostly me. I’m mad as hell, to be honest.