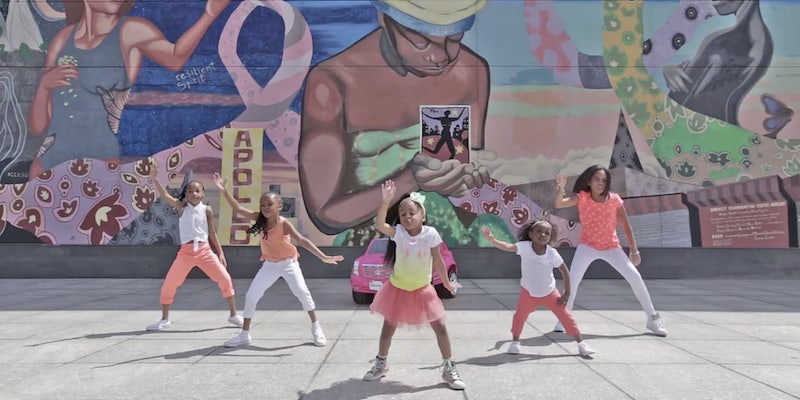 DanceOn wants to make dancers a destination. And it's working.

If you’ve “whipped” or “Nae Naed” this summer, you have dance-centric network DanceOn to thank, at least in part, for the craze.

Atlanta Rapper Silento’s ascent to the mainstream may have seemed inevitable, but the truth is YouTube—specifically, a partnership with DanceOn—that made his moves spread like wildfire.

Amanda Taylor, a manager and producer working on dance shows, founded DanceOn in her New York apartment in 2010, as a reaction to the plethora of dancers naturally using YouTube as a sort of visual résumé. By that time, YouTube was growing into a job for people, with gamers and beauty gurus making real money from their video output. Taylor thought dance deserved a shot.

The operation moved shop to Los Angeles, with backers like Madonna, Guy Oseary, and Machinima CEO Allen DeBevoise behind it.

“One of the things we really realized this year is our creators are music tastemakers,” explained Taylor. “Sometimes we have people who mix their own beats or are identifying underground DJs and bringing those works to life. In other scenarios, we’ve ID’d an artist or a song, and we facilitate the collaboration. Ultimately what ends up happening is a lot of the work they create is creating trends around music.”

The dance stars of YouTube may not be as easily identifiable as the vlogger set, but they’re already fully established in the mainstream. DanceOn’s biggest stars, Les Twins, are a French duo that have toured with Beyoncé and been featured in videos by Meghan Trainor and Missy Elliott. That’s not unusual for a DanceOn creator who’s already had success across different platforms. While many other YouTubers are itching for a breakthrough to another form of media, Taylor describes YouTube as the “final destination” for her dancers.

“This is the place where they get to be themselves and who their unique brand is, and it’s OK to be a dancer and be famous for just dancing,” said Taylor. “I think it’s great to be famous for exactly who you are.”

Taylor and her team of 30 work to elevate dancers by helping them maximize their virality into building a channel, not just a one-hit-wonder moment.

“We have a program now where we identify trends really early on and seed that out to partners,” she said. “That’s been successful where we’ve seen partners go from 10,000 to a million subscribers based on intelligent programming of their channel.”

The Silento project began as a partnership between DanceOn and TuneCore, a digital distribution company. Then #WatchMeDanceOn seeded the song to DanceOn’s influencers through paid deals that rewarded performers who created their own dances to the track, and the craze took off from there.

DanceOn rallied just 5 percent of its network around the song, returning 100 million views and counting on videos by artists like YAK films and 5-year-old Heaven King. According to Billboard, after the campaign kicked off, track sales tripled for Silento, and in May he was signed to Capitol Records. To bring it full-circle, the DanceOn creators who helped launch the song in the first place joined in on the official music video, and DanceOn is now involved in helping further Silento’s career in the long term.

“That was really just activating 5 percent of the network,” said Taylor. “If we have 100 percent participation, what would that do?”