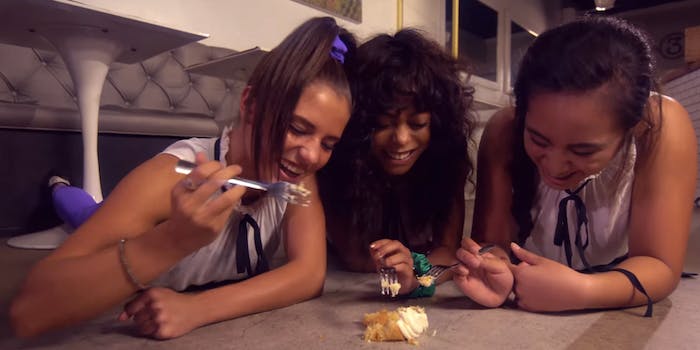 YouTube dance network gets sweet in support for new Dawin and Silento single.

Can dance track “Dessert” become the next “Nae Nae?” It’s certainly on the path toward breakout success.

That’s because the latest single from Brooklyn-born musician Dawin and Atlanta-based Silento is getting the DanceOn treatment—complete with catchy videos featuring its YouTube stars.

For the uninitiated, DanceOn carves a niche by choreographing elaborate dance routines to trending pop hits. They can elaborate:

On DanceOn’s main channel, performers Kaelynn “KK” Harris, Jade Chynoweth, and Sienna Lalau go to war over a cupcake in a number choreographed by Janelle Ginestra and Will “Willdabeast” Adams.

Sweet obsessions aside, the women in these videos have hard-hitting moves, and “Dessert” is performing strongly, peaking at No. 1 on Billboard’s Twitter Emerging Artists chart in mid-October. Last time DanceOn took on a Silento project track sales tripled, according to Billboard.