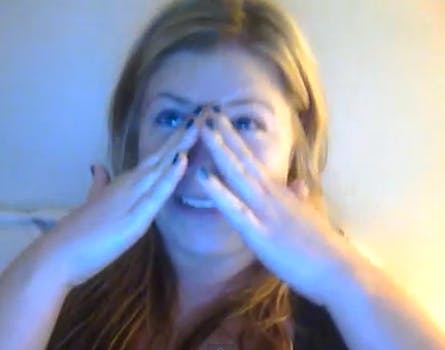 Thanks to a Volkswagen, there's a place where all the weird YouTube characters can come together and be celebrated for the out-of-this-world wonders that they are.

Remember that girl who loved cats so much she cried at the thought? Or what about that small-town Ohio politician named Phil Davison, the one who turned a campaign stump talk into a locker room pump-up speech? Those people were crazy with a capital K, and they’re not close to being alone in their nuttiness.

All of YouTube is pretty much littered with homemade videos of people freaking out, causing a scene, or otherwise running amuck. Think mascots fighting; that guy who destroyed his Xbox with a Guitar Hero guitar; the baseball manager who can’t ever seem to chill out.

Now, thanks to a Volkswagen commercial set to appear during the Super Bowl, there’s a place where all these crazy YouTube characters can come together and be celebrated for the out-of-this-world wonders that they are.

That place is in a field, evidently, a magical one, one where Jimmy Cliff (!) is draped in outlandish clothing and singing a reggae rendition of The Partridge Family‘s theme song.

It’s really about as strange as you’d imagine it to be.

The Super Bowl commercial cavalcade kicks off in 10 days. Have you picked up your bag of Doritos yet?