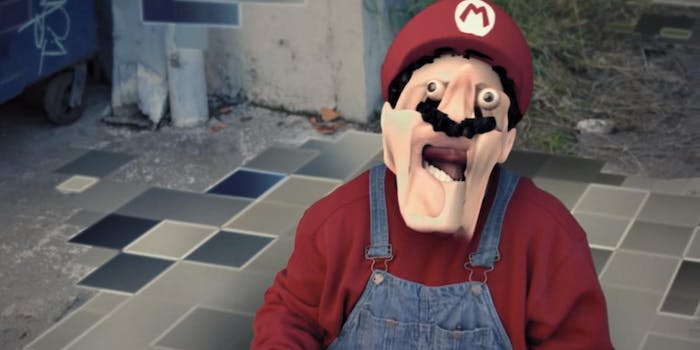 Like so many great stories, Corridor Digital’s starts with Star Wars.

Like so many great stories, Corridor Digital’s starts with Star Wars. In 2000, junior high friends Niko Pueringer and Sam Gorski set to work on a fan film shot in their Minnesota hometown.

Today, tucked among the distribution centers and brick warehouses of Los Angeles, Gorski and Peuringer live and work in Corridor Digital’s Studio 4 space—an enormous warehouse built specifically for production. Just a few doors down from long-time friend and frequent collaborator Brandon Laatsch, Gorski and Peuringer have not only made Los Angeles their home, but in 2010, set up residence on YouTube as well.

Gorski and Peuringer have been making special effects videos together since junior high school; following college, they were commissioned to make Dark Island, a low-budget monster film co-starring Laatsch. This opportunity led the two best friends and business partners to move to Los Angeles where they teamed up with fellow Minnesota transplant Jake Watson.

“Before we started YouTube, we were doing freelance visual effects. We spent all this time doing some really nice work and didn’t get to see it,” Peuringer explains. “What made YouTube really different was that we’d invest all this time and energy and blood and sweat into a piece, and right when it’s finished, right when we’re like, ‘This shot is perfect,’ [we can] hit that upload button and an hour later, everybody gets to see it for free. Easy, no fuss, no muss.”

Corridor Digital brings a unique style to the digital media space, producing high quality, video-game-inspired shorts with little to no budget. Over the course of their past four years on YouTube, the trio has garnered a loyal fanbase of over 2.9 million subscribers and produced such viral hits as “Minecraft: The Last Minecart,” “The Glitch,” and “Dubstep Guns.”

“We’re used to working with small crews, so we don’t need to necessarily reach out to a lot of people,” shares Gorski. “Everyone in the YouTube world, in our YouTube world anyways, you have to be good at everything to make this stuff because you can’t hire 10 people to do 10 different things; you have to do all 10 things yourself.”

“A good camera is the only tool that matters when it comes to this stuff,” Gorski says. “It’s all about taking those small steps. Are you recording with a good camera? If it’s a yes, then everything is easy from there.”

With each video, the Corridor Digital team makes their nonexistent budget look like a million bucks on screen. But in order to pursue the webseries and full-length features they’ve always dreamed of, Gorski, Peuringer, and Watson have turned to their fans for support. Last month, they launched their own Patreon campaign, which allows fans to pledge a certain amount of money to support each video. In return, fans receive tutorials, behind-the-scenes videos, and Google Hangouts with Gorski, Peuringer, and Watson.

“When it comes to the YouTube ecosystem, like the types of cameras and equipment we use, [they] would not be possible if we were just making money from YouTube ads,” Gorski says. “The Patreon page essentially allows us to work with everyone and pay them for their time and their value that they bring to the set.”

Along with their monthly shorts, Corridor Digital recently finished the writing phase for their next feature film, Tether, which will remain in development throughout 2014. They say their ideal future would involve transitioning into more full-length films but still taking the time to make regular content for the YouTube fans that have made the group’s dreams possible.

In the hopes of inspiring young filmmakers to make their dreams a reality on YouTube, Watson shares: “Before you go out and buy expensive camera, software, and equipment, and before you plan to execute a big production with actors and paid crew members, start small! See if you like the process of filmmaking and not just a glamorous idea of it. Study, study, study. Absorb. Go with a style you are passionate about and run with it.”

Just think: That’s exactly what those couple of kids in Minnesota did almost 15 years ago.