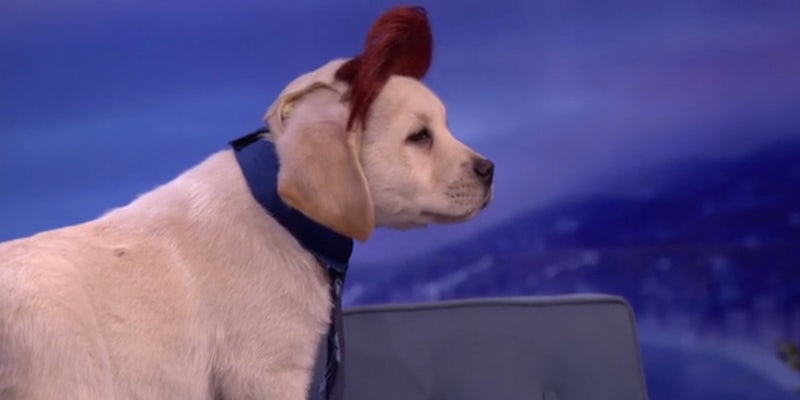 It's another level of crazy.

When Animal Planet brings a bunch of puppies together, it makes for one hell of an adorable game. When Jimmy Fallon does it, the cuteness is infectious. But when Conan O’Brien tries his hand at it, all hell breaks loose.

Conan brought the lovable pooches on-stage to play himself, Andy Richter, and some special guests in an all-canine version of Conan on Wednesday night. Right from the start, things went nuts.

The puppies are acting like puppies, as they are wont to do, so it’s less of a show reenactment and more of a playfest combined with ridiculous commentary. Things jump to another level of madness once puppy Andy pulls a Puppy Bowl version of a personal foul.

“This is more like real Conan than I ever thought possible,” he said.

Let’s replace all of late-night television with puppies.