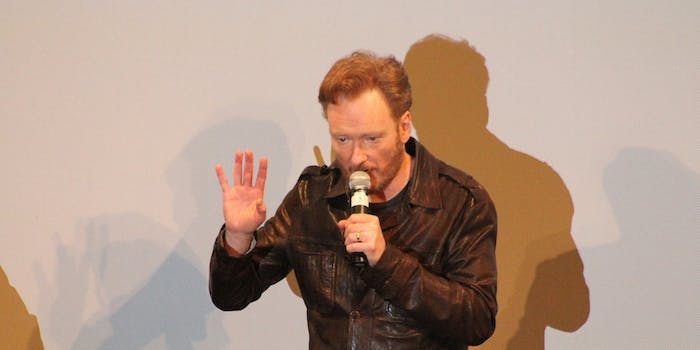 He spoke about "a right some people are inexplicably forced to die for."

Conan O’Brien opened his Wednesday night show with a brief statement on the morning’s deadly terrorist attack in Paris against the satirical magazine Charlie Hebdo.

“This story really hits home for anyone who, day in and day out, mocks political, social, and religious figures,” O’Brien said. While Americans tend to take the right to satire “for granted,” the host said that today’s tragedy “reminds us, very viscerally, that it’s a right some people are inexplicably forced to die for.”

“All of us here are terribly sad for the families of those victims, for the people of France, and for anyone in the world tonight who now has to think twice before making a joke,” he added. “It’s not the way it’s supposed to be.”

With that, he did his best to transition back into the jokes.