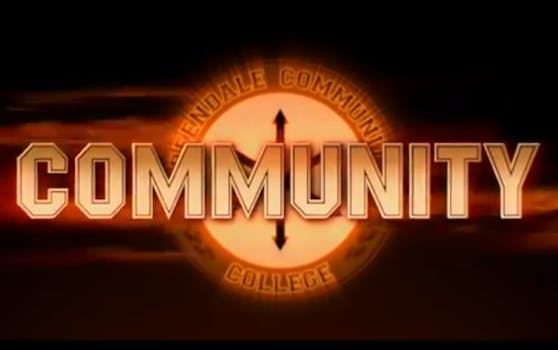 It may be Feb. 7 for the rest of us, but for Community fans it’s Oct. 19 at last. After last year’s airdate for the show’s fourth season was pushed back by almost four months, fans have been eagerly awaiting any hints about what the Study Group will face in their last year at Greendale. Luckily, Community’s writers (sans original showrunner Dan Harmon, who left the show last year) were on-hand last night for a Reddit AMA.

The writers and cast of Community have always been unusually open about the inner workings of the show, with Dan Harmon freely admitting his discomfort with episodes he saw as subpar, and several cast members not-so-subtly commenting about former co-star Chevy Chase’s unpopularity on set. The technical Q&As on this Reddit thread are less like a behind-the-scenes publicity statement and more like a frank interview several years after the fact.

“How do you feel about the Holiday episodes coming out when it isn’t the holiday?” (sharper4221)

“At first I was really pissed. But after a while it started feeling like a very Community thing to do. It somehow makes sense that a show that pretty much disregards all the rules of television would air a Thanksgiving episode in March. Or at least that’s how I’ve personally lemonaded the lemons.”

“What are the chances of a full season 4 and/or a season 5?” (TidderRevol)

“i’m bullish on a season 5. nbc’s ratings are so low. do we really have to do that well to get more episodes? long live the low bar.”

“How fun was it to write Chevy Chase out of the show?” (Ryanthepostmaster)

“It was not fun at all. Especially because for a couple weeks we did not know from day to day, from hour to hour, whether we had Chevy or not. We literally had to come up with multiple contingency plans: what if you had Chevy for one more day? What if you didn’t have him at all? What if you had him but only under very specific conditions? It drove us fucking crazy.
Love the character. Tolerated the actor.”

“Do you/have you ever read any of the surprisingly large archive of Community fanfiction, and if so are there ever any idea nuggets that you’re like – “hmmm we can use that?” I only ask as some of the things that occur in the show have definitely been pre-chronicled by fan writers…” (hannahsmetana)

“We don’t read fanfiction as a rule, because there are concerns about ideas accidentally making their way into the show and us getting sued. But one day we were at the office late and we started reading a bunch of Troy/Abed slash fiction. There was a surprising amount of it.”

“Who is Jeff always texting? Or is he just browsing Reddit on his phone?” (TrafficRage)

“Joel put forward the theory that he’s just composing texts, not sending them. I’d agree with that.”

“What was one joke/line/scene that you were really proud of that never made it into an episode?” (thesnacks)

“Abed and Troy had an inflatable couch filled with helium in their apartment — you know, so it could float back up to the ceiling when not in use — and the bit got cut. (They lost the ottoman, but then it flew back in the window at the end of the scene.)”

“Is there any episode or scene that you wish you could have a redo, because you were never satisfied with how it read or because you came up with an alternate punchline that worked way better?” (paranoidkiwie)

“This is probably a bad thing to say — especially when we haven’t aired one episode yet — but I wish I could redo the finale of season 4. I had to write it in a bit of a pinch, during a period of upheaval on the show. I wrote it too long (like… 6 minutes too long) and we had to cut a ton out of it in the edit bay. Part of me fears I was too freaked out to do my best work on it, because I wanted it to be a finale worthy of a show it could never be worthy of. Finales are generally terrible, and I am expecting that people will say this one is trying to hard, because it is. Because I was. God was I ever trying too hard on that one. My hope is that you’ll all love the Halloween episode and forgive me for the finale. Maybe you’ll like it. I have no way of knowing anymore.”

However, fans who are concerned by this description of the finale may wish to take a look at writer Andy Bobrow’s more positive comments. And intriguingly, showrunner David Guarascio mentions that there are actually two versions of the finale.

Other Season 4 semi-spoilers include: