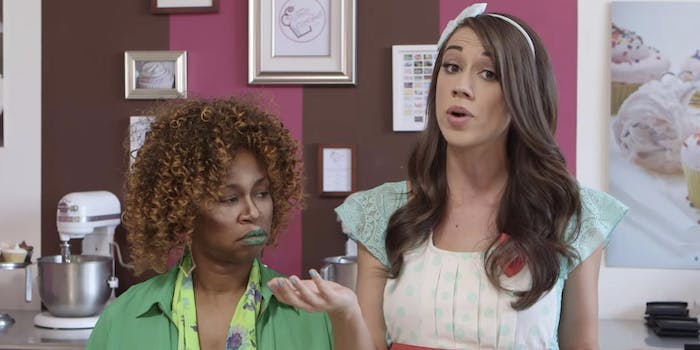 Would you take makeup tips from her?

Miranda Sings may be known for her trademark over-exaggerated red lip, but her creator, Colleen Ballinger, knows a whole lot more about makeup.

Ballinger’s new series, How to Makeup, is a partnership with Collective Digital Studio aimed at bringing makeup tips to the world in a fight for dominance between the Miranda and Ballinger personalities.

Episode 1 features mostly Ballinger instead of Miranda, and also taps some of her YouTube-famous friends like Glozell and Kota Wade as subjects of her “tone down” tips, much to their chagrin. Ballinger has some beauty bonafides, though: She almost went to makeup school before embarking on a performance career.

The six-episode series will run each Friday on CDS’ I love makeup channel.

Screengrab via I love makeup/YouTube