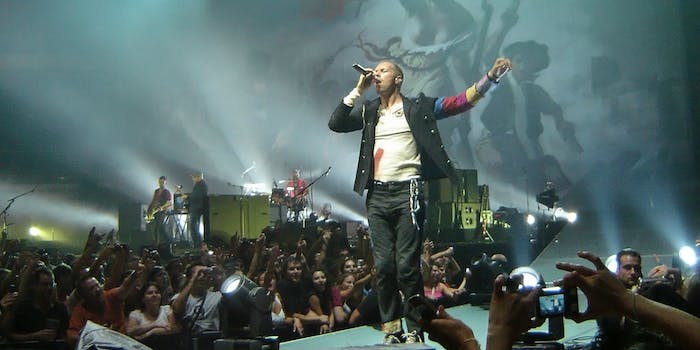 Coldplay reportedly tapped to play Super Bowl 50, and the Web is fuming

It doesn't take a scientist to know that reaction was mixed.

When it was announced on Thursday that Coldplay would perform as the main attraction during Super Bowl 50 next February in the San Francisco Bay Area, the Internet exploded with joy. OK, it was mostly mockery.

Because while Coldplay might make mainstream fans who aren’t exactly diehard NFL supporters quite pleased, those who mostly tune in for the football weren’t quite as happy.

Further proof that Roger Goodell does not like you. https://t.co/lBWyn2Opm8

This is England's revenge for sending them all those Jaguars games. https://t.co/fSC2qAUvM6

Roger: "How can we make something corporate and white even corporater and whiter?" https://t.co/KEgZMFIBuj

I'm not sure even Left Shark can save a Coldplay halftime show.

BTW, if any of you make that “You know how I know you’re gay” reference from 40 Year Old Virgin, so help me God……….

Bruno Mars, who put together a solid performance at the Super Bowl two years ago, and other “friends of the group” could join the band, according to US Weekly.

Until then, one can ponder one of the most important unknowable questions of our era.

Would you like Coldplay more if they were called Warmwork