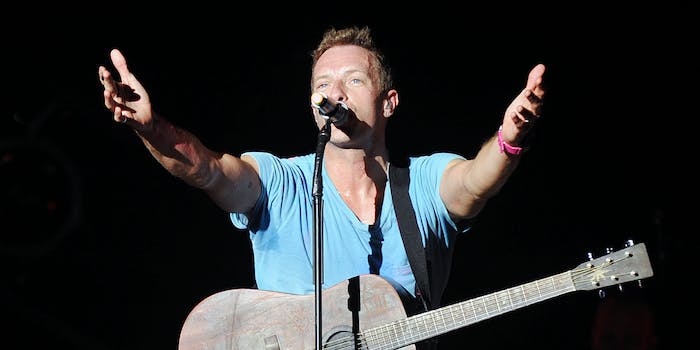 Is Coldplay releasing music under a new band name?

“Parlophone Records are delighted to present new signing #LosUnidades,” the band’s record label tweeted with a photo of four people who many have said look like Coldplay.

A Coldplay fan account did some digging to get to the truth. They found that a legal trademark agreement that says the founding members of Los Unidades are the four members of Coldplay—Chris Martin, Jon Buckland, Guy Berryman, and Will Champion.

According to a legal trademark agreement the founding members of #LosUnidades are:

Fans also looked closely at the poster and found that the series of letter and number at the bottom reading Y02LPAC81ODL is an anagram of COLDPLAY2018.

“I have a theory: Chris said A Head Full of Dreams was the last ‘Coldplay’ album right. In the Head Full of Dreams documentary the band said they still feel they ‘have not got the name right’ what if the new album will be called Los Unidades and is going to be the name they will release music under now,” one person floated.

This comes after the band’s friend and collaborator Mat Whitecross told NME they were planning a new album for next year.

“This year, they decided to take off. They haven’t been doing anything as far as I know, but they do have plans for next year, however, I’ve not been party to them,” he said.

Many agree with the theory that Los Unidades is, in fact, Coldplay under a new name. We will have to wait to find out if Chris Martin’s vocals come through on the first Los Unidades.

Until then, I’m going to listen to “Yellow” by Los Unidades.