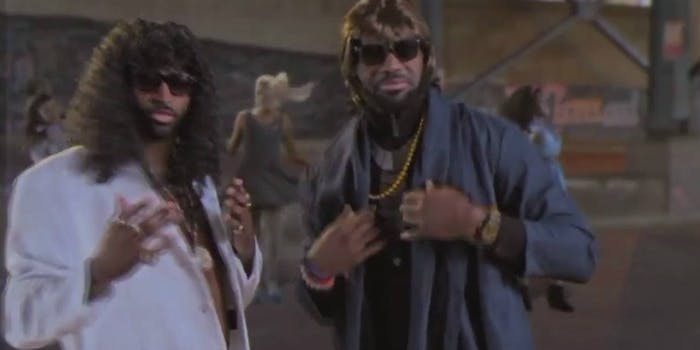 The Cleveland Cavaliers surprised their fans by rickrolling them

Rick Astley would be honored.

The Cleveland Cavaliers are the defending NBA champions. And even if a viral meme seems well past its expiration date, the Lebron James-led team doesn’t have to play by those rules. So, if the Cavaliers want to rickroll their fans, they’re going to goddamn rickroll their fans.

Witness what happened in Cleveland before the Cavaliers faced the Miami Heat on Friday night.

Hey Rick Astley, Cleveland apparently is never gonna give you up.