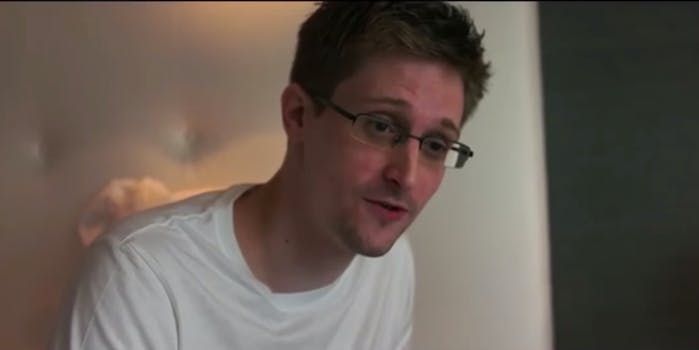 Citizenfour, Laura Poitras’ documentary on Edward Snowden, has been seeing wider release in theaters, and it’s also landed an R rating. What does this mean for politically minded and socially conscious teens who want to see it? New York City’s IFC Center has something to say about it.

While the MPAA has assigned CITIZENFOUR a rating of R, recommending that no one under 17 be admitted without a parent or guardian, IFC Center feels that the film is appropriate viewing for mature adolescents. Accordingly, we will admit high school-age patrons at our discretion.

It’s not clear what “discretion” means in this case: Perhaps teens will have to prove they follow Glenn Greenwald on Twitter, or that they’re OG Snowdenheads. Still, this is a progressive move on IFC’s part. There’s even a physical disclaimer outside the theater, explaining that teens who might vote in the next election should be able to see it.

As the AV Club pointed out, IFC also shrugged off Boyhood’s R rating and allowed teens to see Blue Is the Warmest Color.