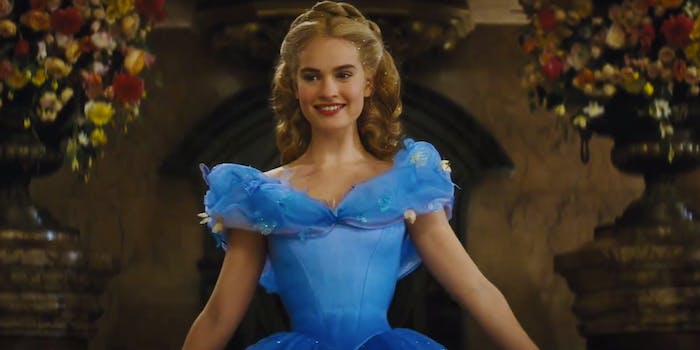 When we got our first look at the live-action Cinderella movie starring a beardless Robb Stark and Lady Rose from Downton Abbey, all we saw was a glass shoe. It was a lovely shoe, for sure, but it looked like Cinderella needed a podiatrist more than a dance partner.

The shoes are still there in Cinderella’s first official trailer, which debuted this week, but as the Fairy Godmother tells Cinderella (and the audience), “You’ll find they’re really comfortable.”

From the looks of the mostly chronological trailer, it’s very much the same Cinderella tale we’ve all grown up with. It doesn’t appear to different too much from the 1950 Disney film, but that’s not necessarily a bad thing. This version even has anthropomorphic mice, although we’re not sure if they’ll sing like their cartoon counterparts. Plus, we get to see Cate Blanchett act evil as Lady Tremaine, which should be nothing short of extraordinary on the big screen.