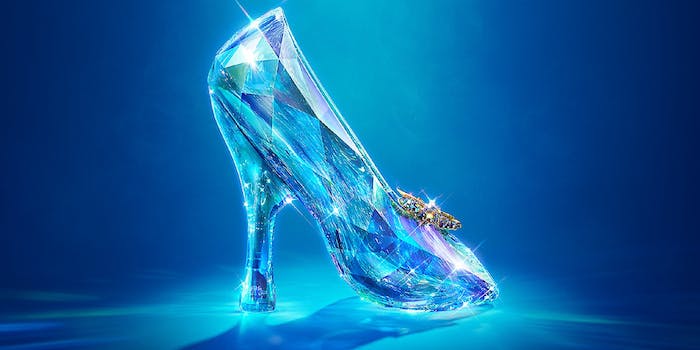 Maleficent isn't even out yet, and Disney is already teasing 2015's Cinderella.

Angelina Jolie’s Maleficent hasn’t even come out yet, and Disney is already teasing next year’s live-action Cinderella movie.

The film stars Lily James as Cinderella, Cate Blanchett as her wicked stepmother, and Richard Madden (Game of Thrones’ Robb Stark) as the prince. The director is Kenneth Branagh, who knows all about court intrigue from his career as a Shakespearean actor, and all about sparkly princes from directing the first Thor movie.

This trailer doesn’t tell us much, but the plot summary on its YouTube page suggest that this is going to be a relatively traditional adaptation, unlike Maleficent’s twisted, gothic glamour. Cinderella won’t be released until next March, but early test footage indicates that if you like Disney’s animated princess movies, then you’ll love the live-action version as well. Lots of glitter, basically.

Until then, can we talk about how uncomfortable this glass slipper looks? Not only are we dealing with the obvious problem of walking on a completely inflexible shoe, but the angle of the heel makes it look like you’d have to lean forward the entire time you were wearing them.