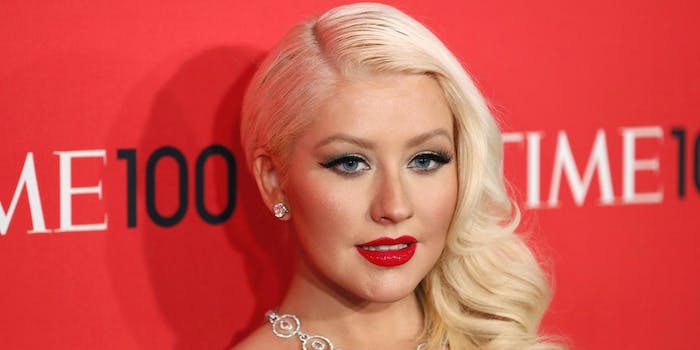 It's all real, all the time.

Christina Aguilera likes to keep it real. So much so that she took to Instagram to say as much. Why? We’re not so sure.

Aguilera posted a shot of herself topless on Wednesday, with a caption that read, “Just so you know with me, it’s all real, all the time. Felt like it was time to start sharing some personal stuff with you guys… And it’s just the beginning. Night night. X.” Was she responding to Kim Kardashian’s recent nude selfie? Has The Voice changed its format? Is she using using viral marketing to promote a return to Dirrty? It looks like we’ll have to wait to find out.

The singer first rose to stardom with her hit single, “Genie in a Bottle,” off her 1999 self-titled debut. It was good, wholesome, fun for the whole family—and why not? Aguilera was a Mousketeer, after all. She sexed up her image for 2002’s dirty, but toned it down for 2006’s Back to Basics.

Whatever she’s planning, she got the attention of over 40,000 fans who have liked the post in the 13 hours since she posted.