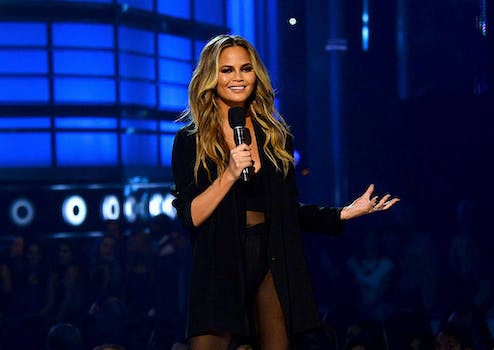 First comes love, then comes marriage, then come the adorable Instagram shots of your newborn.

Chrissy Teigen shared the first images of her baby Luna with her 6.2 million fans Tuesday evening. The snap featured her daughter cuddled against her, puppy in the foreground. “Hi my lulu,” reads the caption.

Teigen and husband John Legend announced the arrival of Luna Simone Stephens on Sunday, although she was born on Thursday.

Legend and Teigen stirred controversy with their use of in vitro fertilization, specifically her choice of the baby’s gender. Not one to keep mum on social media, Teigen fired back at critical fans with a series of tweets defending her family choices.