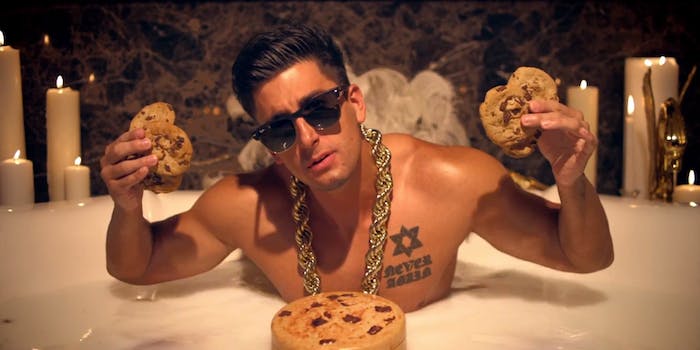 When his mom tells him to take an apple over a chocolate chip cookie, he refuses. And he manages to turn his mansion into a cookie haven that would make the Keebler elves foam with envy. And with a name like Chip Chocolate, what other possible outcome could he have?

There’s even an actual cookie dance, which doesn’t take nearly as much effort as something out of a Psy music video, but it’s most effective when there’s milk and cookies in hand. Oh yeah, and you might recognize a few faces in the video, like Jenna Marbles and DeStorm Power.

With Nutella sushi being a thing, cookie sushi doesn’t sound so bad.

And as far as we can tell, there’s no hinting that the cookies might actually be an unrequited love transformed, so this ode to food is only an improvement.