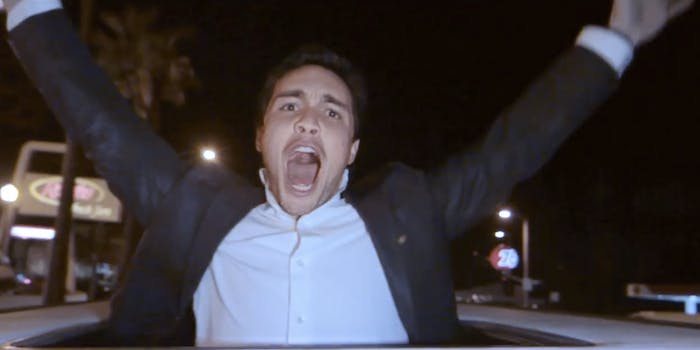 Life as a digital star will take center stage in 'Over the Top.'

Chester See is the latest YouTuber to make the leap to television, with comedy drama series Over the Top coming to ABC Family.

See is known to is 1.6 million subscribers for his original music and short skits, as well as a turn on Broadway in Rock of Ages and on the AwesomenessTV series Side Effects. The series will follow a fictionalized version of See’s life as a failed musician who turns to YouTube after moving to Los Angeles. Each episode will be capped by a song or skit immediately available online.

See isn’t the first YouTuber to nab a television deal in the past year. Todrick Hall just launched a docu-reality series with MTV about his video creation, and Flula Borg and Rachel Bloom will both helm fictional comedies on network television this fall. See’s show seems to be a midpoint—a series focused on the life of a YouTuber, but fictionalized.

Maker Studios, which Disney purchased in 2014, will produce the series for ABC Family, which is also a Disney-owned property.