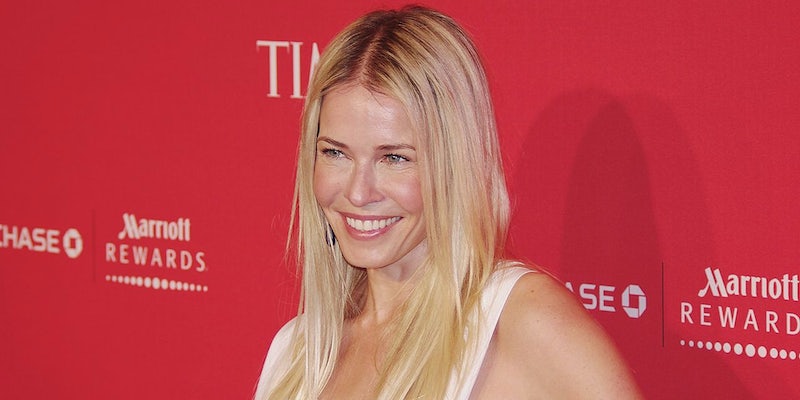 The comedian's current show, Chelsea Lately, will end in August.

Chelsea Handler is set to helm the first talk show on Netflix. But don’t get too excited: It’s not going to be streaming until early 2016.

Earlier this month Handler revealed that she had a “proper new exciting project” that presumably would no longer have her pandering to the Biebers and Kardashians of the world.

The deal with Netflix is not just for the talk show; it also includes stand-up specials, beginning with her current tour, Uganda Be Kidding Me, as well as four exclusive new docu-comedy specials in 2015. These specials, the Wall Street Journal reports, will “featur[e] her efforts to gain a better understanding of subjects such as Nascar, politics, Silicon Valley and the NBA draft.”

As is to be expected, there are few details available about the talk show other than that it will have an “updated format,” that will “encompass Chelsea’s unfiltered opinions on topical entertainment and cultural issues, as well as her signature guest interviews,” and will be distributed on Netflix’s global network. Whatever the format of Handler’s show, however, this is seemingly a stunning move by Netflix to further encroach on the domain of broadcast television.

“If I was going to continue working in this industry, I knew I had to do something outside the box to keep myself interested,” Handler said in a statement. “I wanted to sit with the cool kids at lunch, so I approached Netflix to make sure they were as cool as I thought they were, and when I confirmed my suspicions, like with any other future lover, I made my move.”

Handler’s current gig, Chelsea Lately, will end on Aug. 26 after a seven-year run.