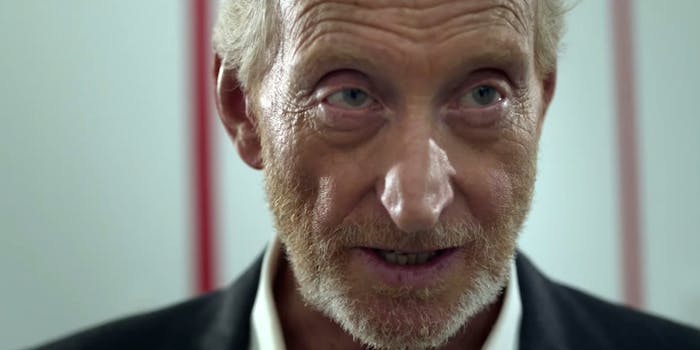 Even his speeches are golden.

Now we know how Tywin Lannister got thousands of men to fight (and die) for him.

The Game of Thrones patriarch may be gone from this world, but Charles Dance, the actor who played him, is still alive and well, and he’s just as capable of rallying up a crowd. In an ad for the 2015 Rugby World Cup, he’s seen talking to the players just as a coach would, only it’s not just for any regular game.

Fully dressed and armed with their pitchforks and pyrotechnics, the players and fans are at the ready. But they know that it’s not just a game and they’re waiting for that last motivational speech to drive them to victory—and after his speech, they’re certainly going to go into battle for queen and country.

“We are going to raise the roof on every stadium from the northeast to the southwest!” he said, and nobody wants to disappoint their leader.

The debt has been paid.