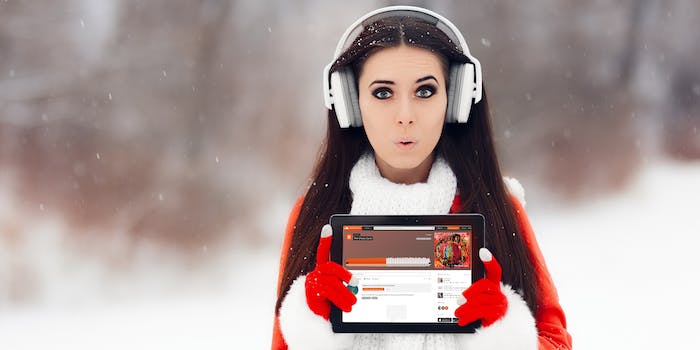 Can you make it through this mashup of 100 Christmas songs?

This gets pretty heavy.

Mariah Carey‘s “All I Want For Christmas Is You” may have awakened on Nov. 1, but why settle for that when you can listen to 100 Christmas songs at the same time?

“The Chaos Carol” is the work of Stockholm-based creative director Petter Rudwall, who detailed how he managed this feat in a piece for Medium and said one goal was “To compile and concentrate a high amount of Christmas frequencies into a chaos of joyfulness.” He also claims that the first version of the track had too much chaos and had to be scaled back.

Rudwall used Billboard‘s 100 most popular holiday songs—which includes classics from Elvis and Frank Sinatra and newer tracks from Pentatonix and Justin Bieber—for this experiment, and crammed them into a gaping maw of dissonance and sinister cheer.

Via email, Rudwall says: “People really laugh hard at the song when I play it for them, they think it captures the stressful feeling among millions of people, in the hectic race towards Christmas Eve. Try to close your eyes when listening, and just see what your mind visualize[s].”