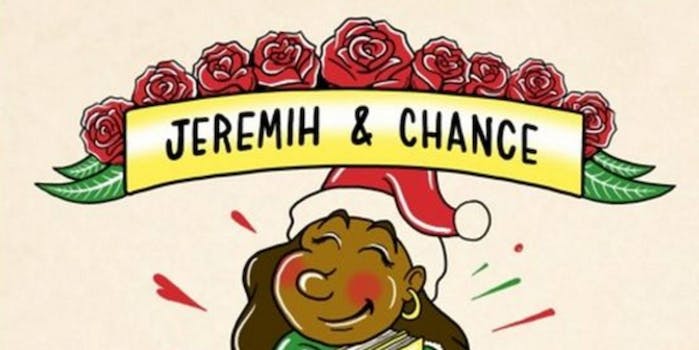 Photo via Chance the Rapper and Jeremih

Just in time for your holiday drives, Chance the Rapper on Thursday released a surprise collaborative Christmas mixtape with R&B stud Jeremih. Released in the wee hours of the morning, the nine-track tape features guest spots from Noname and Lud Foe, along with Hannibal Buress on “All the Way.”

Buress tweeted an “apology” to fans for delaying the project with his rapping skills.

It was a long process with 73 of my original verses being rejected. Sorry for holding the project up. https://t.co/Es3SS9qmfl

Chance the Rapper released Coloring Book earlier this year, which became the first rap “mixtape” to be nominated for a Grammy. (You needed an Apple Music subscription to hear the thing initially, but still.)

You can stream the album below or download it for free at DatPiff.