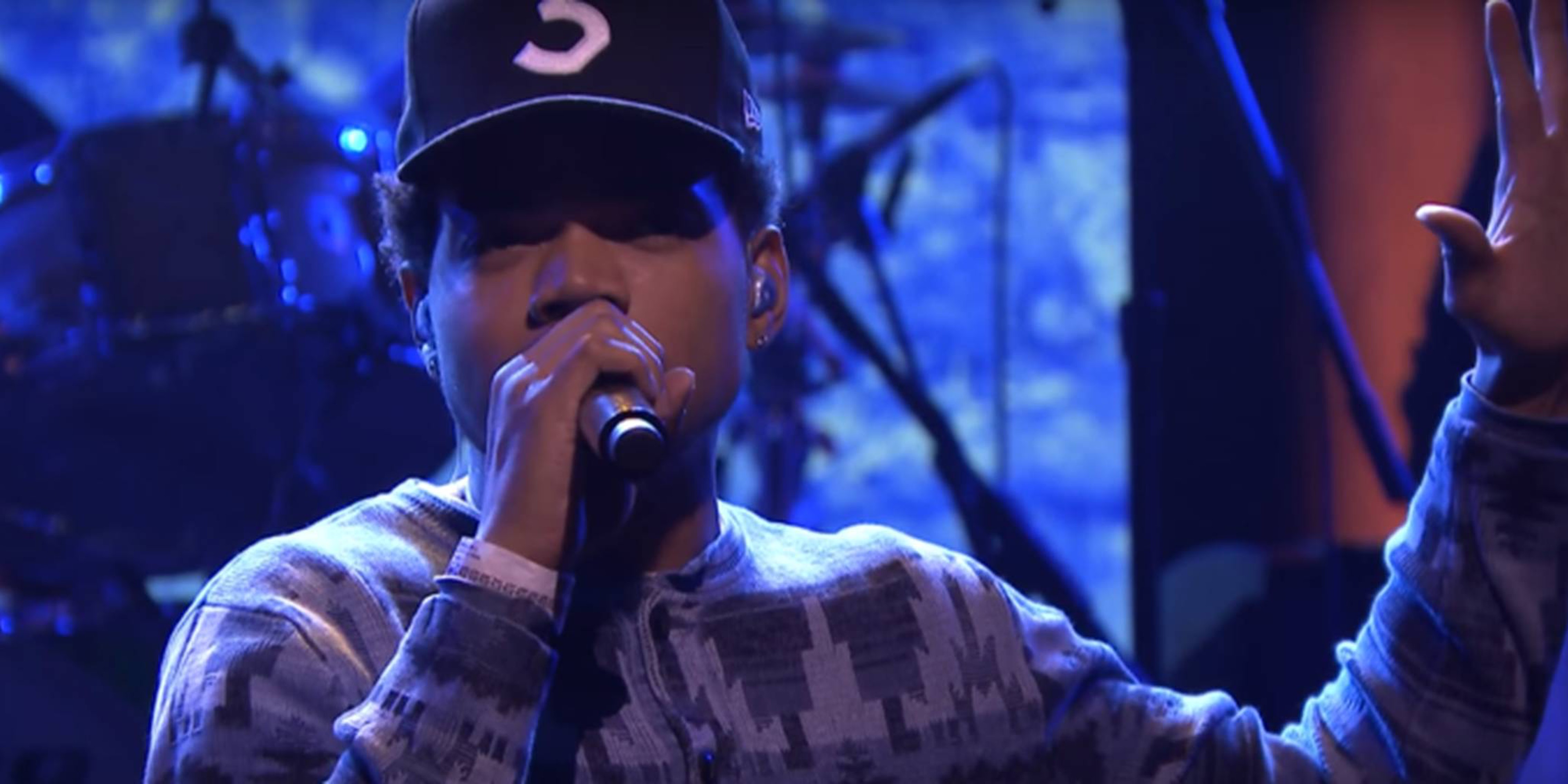 The Chicago rapper's third 'mixtape' soars beyond its liner notes.

The run-up to Chance the Rapper’s new mixtape began on the opening song and the best verse of fellow Chicagoan Kanye West’s The Life of Pablo.

“I met Kanye West, I’m never going to fail/He said let’s do a good-ass job with Chance 3” was the first inclination of the now 23-year-old independent rapper’s third mixtape.

But what’s in a mixtape these days? If the hook is still that mixtapes are loose, free uploads strewn across databases like DatPiff, Chance is in a different professional place. Released late Thursday via Apple Music and iTunes—where it will remain for two weeks as an exclusive—his third “mixtape” was likewise removed from DatPiff after 11 unauthorized hours and more than 141,000 downloads.

It’s his first solo effort since 2013’s wildly successful and critically acclaimed Acid Rap. Chance has stated that this new mixtape took two years to make, during which time he became famous and a grown-up, and that is why he has said it is far better than anything he’s done before.

He’s set for crossover appeal and even wider recognition with his new project, much like the most heralded rapper of the last five years—Kendrick Lamar. Last year the Dre protege moved away from traditional verse-chorus-verse hip-hop to something quote-unquote “more” than rap, transcending the genre altogether.

In the time between his last mixtape and this one, there was a detour called Surf by Donnie Trumpet & the Social Experiment. The album was jazz, soul, and the dancier elements of indie rock, combining all the influences of the eclectic Chance and the seemingly endless number of contributors on the album. It was surprising to see a rapper who, after achieving success, was so confident in himself and his friends that he completely deserted his musical expectations while also being content to share the spotlight.

Chance has stated that the Surf album really made him appreciate the art of collaboration, and on Coloring Book, which has more than 20 guest features plus a children’s choir, he definitely puts that theory to use. At this point in his success, Chance is able to get West on his album as well as Justin Bieber, although they both only appear for a couple of quick choruses. But even more impressive than the guest stars themselves is the ease in which they exist both alongside each other and within the lush environment mainly made up of live instrumentation.

The music on the mixtape is done by new and lesser-known producers, and they provided Chance a landscape instead of a backing track. Pianos, string and horn sections, and background vocals all contribute to the warm, bright textures that feel like the skin of a loved one or a red carpet to the dance floor. There are more live instruments than on his previous mixtapes but at the same time, there is a wandering quality that didn’t exist in the fairly tight Acid Rap.

Coloring Book feels dense while also carrying less dead weight. There are intros and bridges and ad-lib solos and plenty of guest verses to weave in and out of Chance’s world, which now splits time in Los Angeles and his crime-stricken Chicago. In Chance we get the perspective of a father, celebrity, and relative kid. The songs reflect that, whether it’s a somber nursery rhyme about illicit substances in “Same Drugs,” a gospel song where he references Harry Potter in “How Great,” or an acoustic slow jam in “Juke Jam.”

Coloring Book is the most fun album in the young rapper’s catalog, but it also contains some very cutting lines. On the slow-burning “Blessings,” he hits a raw nerve: “Jesus’s black life ain’t matter/I know I talked to his daddy.” In the same song, he makes no apologies for the experimental and loose structure to his work: “They want four-minute songs/You need a four-hour praise dance performed every morn’.”

The name Coloring Book was unknown until the mixtape showed up on iTunes Thursday night, and that title is flat compared to stand-in moniker Chance 3. But this newest tape has been anticipated for more than three years and has been in the making for at least two of those years, and all those expectations and work are obvious on each song. It may just be a sketch book, but when the outlines are distinct and expansive, the colors so varied and vibrant, it’s enough to just watch a guru have fun with full creative freedom.