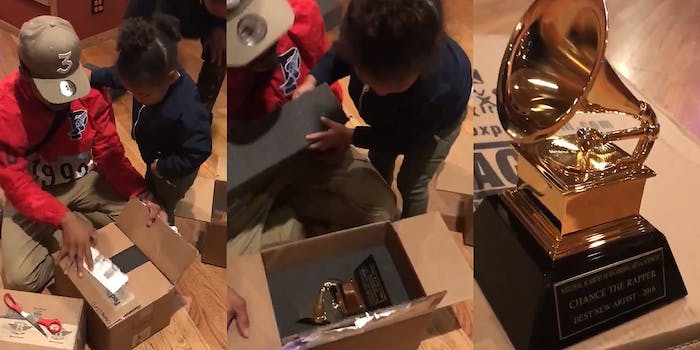 Chance the Rapper and his adorable daughter unbox his Grammys

Chance the Rapper won his first Grammys earlier this year for the mixtape Coloring Book, which made history by becoming the first streaming-only release to hit the Billboard 200. It was also the first album to win a Grammy without selling physical copies.

This week he finally received his awards—best new artist, best rap performance, and best rap album—and unboxed them with the help of 2-year-old daughter Kensli, who provided emotional and organizational support, mostly in the form of hugs.

It’s a sweet footnote on the rapper’s history-making run. In the second video, Chance gets emotional after unpacking the Grammys, and you will too.