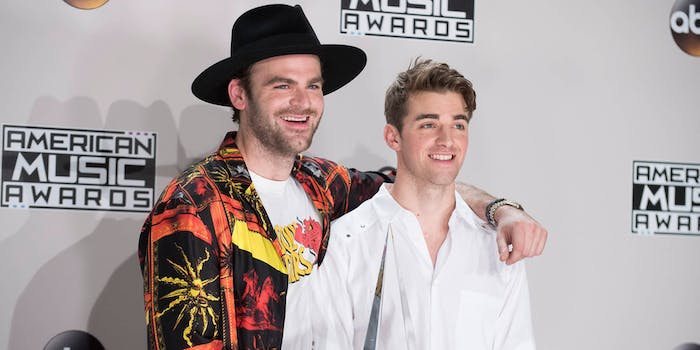 The Chainsmokers had the perfect response to ‘Nickelback of EDM’ comparison

What does a musical group do when it’s labeled “the Nickelback of EDM?”

A recent Esquire article compared duo the Chainsmokers—which rose to No. 1 with the inescapable, record-breaking “Closer” in 2016, and is also responsible for “#SELFIE”—to the maligned Canadian rock band. The duo responded with a mashup of new song “Paris” and Nickelback’s hit “How You Remind Me.”

The article surmises that the Chainsmokers are “doing for EDM what Nickelback did to post-grunge arena rock: becoming immensely popular by using the worst cliches the genre has to offer, and then taking it down to the river and putting it out of its misery.” But Chainsmokers just announced a 40-date tour, so they’re not crawling under the porch just yet. But the mashup does sort of prove the headline right.

Avril Lavigne has not yet responded.