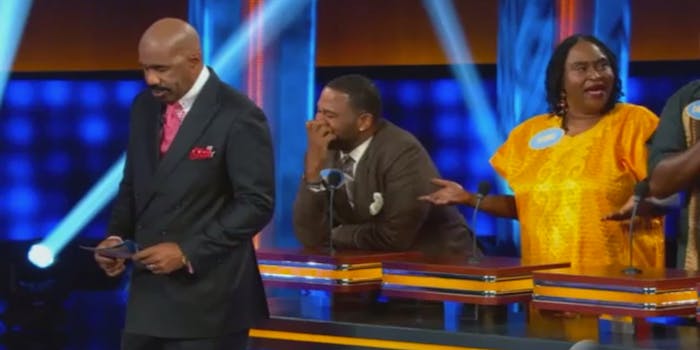 She should get some kind of points for this.

Celebrities’ families can be just as ridiculous as ours.

Sunday night, ABC premiered the latest season of Celebrity Family Feud, an update on the Saturday Night Live sketch where actors play against each other with their families in the name of charity. Regular Family Feud host Steve Harvey was on hand to mediate the entire thing.

Black-ish star Anthony Anderson’s mother, Doris Hancox, stole the show at the very beginning by giving what she thought was a very reasonable answer to the question, “Name something a nude magician might pull a rabbit out of.”

Her entire family is facepalming at Hancox, but she doesn’t understand why. Unfortunately, neither did the survey-takers, but we’d give credit for creativity.