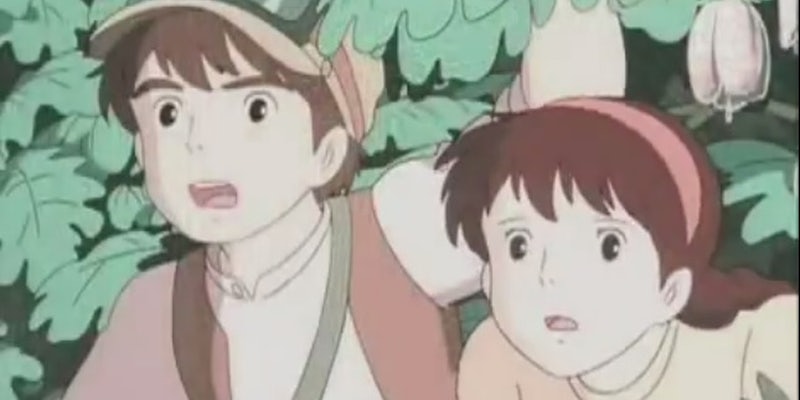 This year's airing of Hayao Miyazaki's Castle in the Sky is the most-tweeted event of all time. It last held the record back in 2011.

This word may not look like much, but it is an essential piece of Twitter history. Not once, but twice, it has set a record for the most tweets in a single second.

According to Hollywood Insider, the word set a record on August 2 by being tweeted more than 143,000 times in a single second. The tweets originated from Japan, where “balus” is a popular response to the 1986 Hayao Miyazaki film Castle in the Sky. Each year, when Castle in the Sky is shown on television, its thousands of viewers tweet “balus” during a climactic final scene. The term is a magic word that sets off a massive amount of destruction when uttered by characters at the film’s climax.

“Balus” unseated previous record-holder “ake-ome,” also native to Japan. It was set on January 1, 2013 in response to the New Year. “Ake-ome,” which is an abbreviated version of “Happy New Year” in Japanese, was tweeted over 33,000 times per second.

This is actually not the first time “balus” has held honor of “most-tweeted word in a second,” It first won the title during 2011’s showing of Castle in the Sky, setting a record of over 25,000 tweets per second.

The practice of posting “balus” online during the annual airing of the film is actually older than Twitter itself, originating on Japan’s popular 2channel message board in 2003.

The “balus” phenomenon only serves to strengthen the relationship between television viewers and Twitter. Events from the 2012 Video Music Awards to President Obama’s second inauguration have all resulted in an onslaught of tweets, conveying the message that the television medium has quite the notable influence on Twitter.