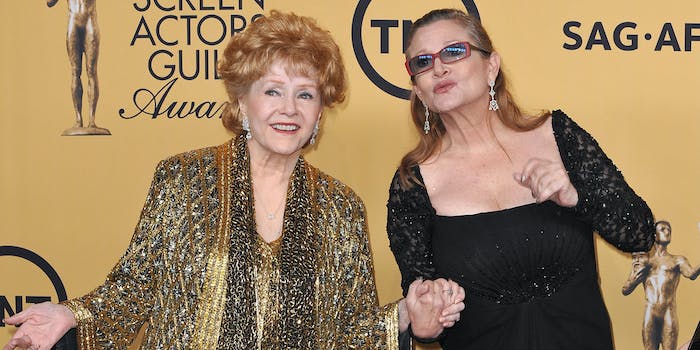 'It's a love story,' says the director.

The 95-minute film, directed by Fisher Stevens and Alexis Bloom, follows mother and daughter around the time Reynolds won the 2015 Screen Actors Guild Life Achievement Award, which Fisher presented to her.

Though Reynolds and Fisher’s relationship had rocky patches—including a 10-year estrangement—the two were very close in recent decades, living next door to each other on the same Beverly Hills compound.

The last words Reynolds reportedly said before she died on Dec. 28, a day after her daughter, was “I want to be with Carrie.”

On Jan. 4, HBO released a new trailer clip, which offers a little more insight into just how close the two were.