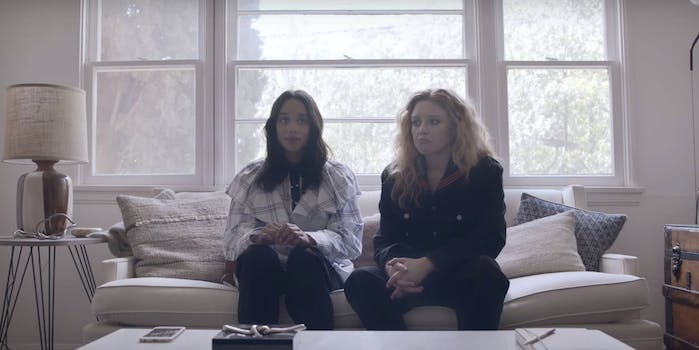 If you’ve ever called someone “mom” online, a new short film from Carrie Brownstein illuminates the horror that might be lurking in those three letters.

Spiderman: Homecoming star Laura Harrier appears in a waiting room of sorts, and is trailed by models (her “followers”) into a room where House of Cards‘s Mahershala Ali is waiting with all of her accumulated data—her “cloud”—which proves she called Natasha Lyonne “mom” in an online comment earlier this year. And then it gets real.

Kim Gordon also appears to show the dangers of commenting “marry me.” It’s a “surreal look at the invisible digital walls that separate us from our favorite personalities and icons,” says the company, and a stylized look at the roles women—especially famous women—are assigned online.