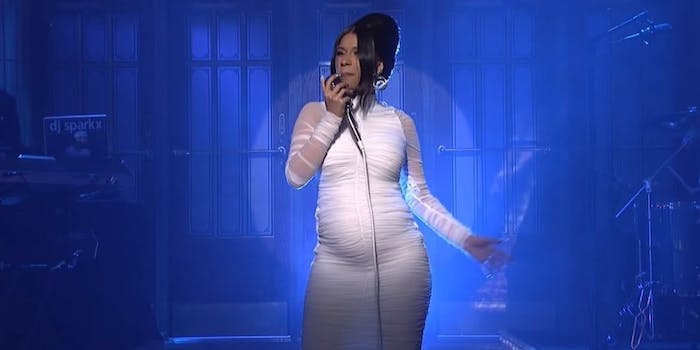 Cardi B reveals that she’s pregnant during ‘SNL’ performance

Cardi B made her Saturday Night Live debut this week. And she revealed something huge—she is, in fact, pregnant.

She made that awfully clear when she performed “Be Careful,” as she wore a tight white dress that revealed her baby bump. Watch the slow reveal below.

As People points out, rumors had been spreading that Cardi B and Offset were expecting their first child. Those rumors have now been confirmed.

After her performance, she walked down a hallway basking in the applause, and she looked at the camera and said, “I’m finally free.”