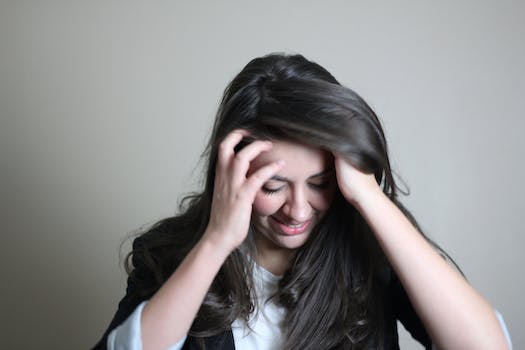 Cara’s candid and complicated commitment to “50 Shades of Grey”

The snark is on overdrive in her latest video, which shows her reading and reacting to selected passages from a chapter of the international bestseller Fifty Shades of Grey and at one point becomes genuinely agitated when a hispanic character is portrayed as nothing more than a caricature who shouts “Dios Mio!” every so often. At the end she crumples the book and drops it to the ground—an act that has become a staple in her videos.

She clearly doesn’t enjoy the book, leading one YouTube commenter to note, “Just stop reading the book if u hate it.”

So why does she read Fifty Shades of Grey?

“I hope that I can make people laugh, that’s the bottom line,” Cara, who declined to reveal her last name, told the Daily Dot.

In other words, Cara reads books so you don’t have to.

A longtime avid writer, the 22-year-old University of Central Florida student has experimented with blogging for as long as she can remember. She’s used LiveJournal and and has now settled down with a personal Tumblr, It’s Candidly Cara, where thousands of users catch a glimpse into her everyday life—from school to interacting with her two brothers.

Whether she’s fangirling over Sherlock star Benedict Cumberbatch or Doctor Who, debating atheism or women’s rights with her followers, or encouraging her followers to donate money to the school district where she volunteers to feed as many families as possible this Thanksgiving, she’s full of enthusiasm, passion, and as her Tumblr handle suggests, she’s always candid.

Her latest project, the vlog series Cara Reads Fifty Shades of Grey, was inspired in part by Alex Day and Mark Oshiro, two writers who have recorded their initial reaction and analysis of a book upon first viewing. Day, a singer-songwriter and video blogger, is behind the popular Alex Reads Twilight series, while Oshiro gained the Internet’s attention when he wrote about the Harry Potter series from the perspective of a first-time reader. (He’s since read or watched everything from The Hunger Games and Buffy the Vampire Slayer to infamous fanfiction like My Immortal.)

Cara actually hadn’t heard of Fifty Shades of Gray, the best-selling novel by E.L. James originally published in 2011, until her boss at a high-end women’s clothing store brought it up to her last May.

“It’s very problematic for a lot of reasons,” Cara said. “First, it’s really boring, but I never feel like anything is entirely consensual. Everything feels like a lot of hesitance on her part and feels very dangerous.”

“I just think that there are healthier ways of approaching sexuality and ways that are empowering and strengthening and not harmful or non-consensual.”

Initially wary about stepping on either reviewers’ territory, she finally decided to commit to the project.

Both Day and Oshiro acknowledged the book, but not to the point of a full-fledged Web series. Day skimmed the book and discovered that it originated as Twilight fanfiction in a July video while Oshiro promised his readers and viewers that he would read bad fanfiction if they donated money to his brother’s AIDS/LifeCycle fund, and he reviewed the book based on highlighted sections selected by fans without context.

Armed with only a webcam and a paperback copy donated by one of her followers, Cara started recording the first chapter.

The first chapter of Cara Reads Fifty Shades of Grey went modestly viral on Tumblr in July and has been watched over 25,000 times. Since then, Cara has read through about three-fourths of the book and posted three more chapters (with another one coming soon). While subsequent videos haven’t received as much attention as the first, she is still floored by the response.

“As soon as I uploaded [the latest video], literally a minute or two after my friend had seen it, he called me right away and said, ‘I’m basically vomiting with laughter,’” Cara said. “My friends have been really supportive, which is new for me, because usually my friends are a little on the fence about my Internet life.”

Cara’s Internet life extends through multiple platforms as she interacts with fellow students at UCF by connecting through the school’s Tumblr tag—which she described as its own little community—and complete strangers alike. She’s even been recognized on campus a few times, although that fame has yet to extend beyond her college campus.

Cara Reads Fifty Shades of Grey isn’t her first brush with YouTube or her first Internet viral hit, either.

She started making videos last December on a collaborative channel called Hayden and Cara Do Stuff, with Hayden Rodgers, a singer and actor from Australia who she met on Tumblr. And Cara was also behind what she called “the period heard ‘round the Tumblr,” a text post she wrote in March 2012 following an encounter with a zealous pastor on the UCF campus. Already having a bad morning, Cara vented about her period and the inequality women faced. Once she hit the post button, she went to class and thought it would have been ignored—or at the most, seen by just her Tumblr followers.

“I went to class and I got home that day, and I was actually gonna delete it until I realized that it had reached something like 20,000 notes in the span of five hours,” she noted. “So I guess it really struck a nerve with a lot of people.”

Cara eventually wants to go to film school after she graduates from UCF, and while she doesn’t see herself reviewing books on a regular basis, she hasn’t ruled out the possibility. Ultimately, she hopes that people can get something out of her videos and look at things in a different context, especially when it comes to Fifty Shades of Grey,

“The fact that Fifty Shades of Grey is the fastest-selling book of all time is problematic for me,” said Cara, who compared the process of purchasing a product to voting, in that you’re letting a particular company know that you want more of something.. “As a reader and a writer, it bothers me. And it’s not because it’s sexual fiction—there’s incredible sexual fiction. It’s the poverty in writing that is ridiculous and dangerous.”

Even if an opinion is unpopular, at least you’ll know what’s on Cara’s mind.