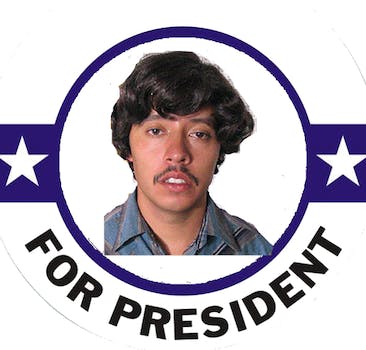 By popular demand, the imageboard community has been remixing the "I Voted" sticker.

While a lot has been made on social media about getting to the polls this election season, the sad reality is about 40 percent of Americans will not vote.

And even though that statistic is upsetting on multiple levels, one of the saddest things about not voting is missing out on the election day swag.

Some of the most common pieces of swag include coupons, bracelets, and the popular “I Voted” sticker. Comic artist Jen Grunwald did not receive a sticker Tuesday morning after she voted. She instead created her own featuring one of her favorite superheroes, Captain America.

Check out some of the remixes of Grunwald’s sticker on Canvas, an imageboard started by 4chan founder Chris “moot” Poole.

All images via Canvas