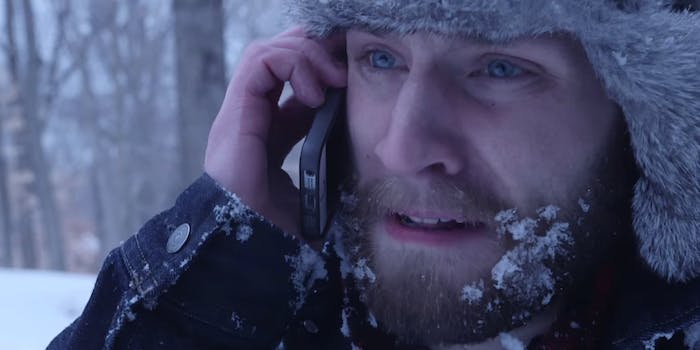 Canada's bravest son does what he has to do to defeat those wretched moose.

The Academy Awards are more than just a night to honor film. The show represents a chance for Hollywood to come together and celebrate the best storytelling of the year. While there are many remarkable tales in contention for Oscar gold, including Bradley Cooper’s turn as Chris Kyle in American Sniper, there’s one snub that can’t go unmentioned.

Canadian Sniper, starring Fake Bradley Cooper, might not have the gritty war and violence of its American cousin, but we’ll be damned if it doesn’t have the same heart.

This spoof of the Clint Eastwood film tells the tale of one of Canada’s bravest sons, a man who put service to his country and the defeat of those moose scoundrels before his own family.

Full of denim, maple syrup, Tim Hortons references, and plenty of fake babies, Canadian Sniper is so good that it’s a crying shame it was snubbed for a Best Foreign Film nod.

Step aside, “Kids Reenact Oscar Nominees,” because Jeff Ayars & Dan Rosen of YouTube‘s cannibalmilkshake channel just gave us our favorite spoof with “this parody based on that trailer for that movie based on that book.”