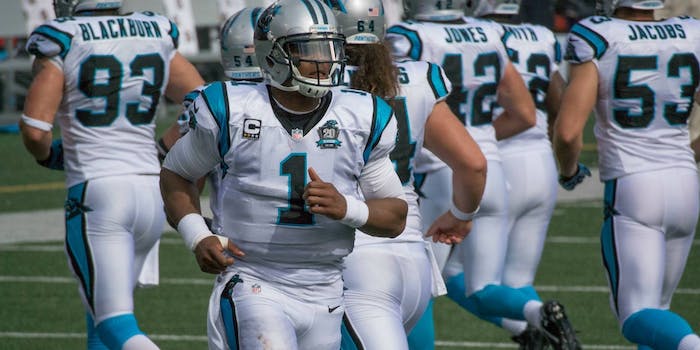 Cam Newton is done with dabbing

Cam Newton has officially dabbed out.

That’s because the Carolina Panthers quarterback told Charlotte radio station 610 AM that he will not dab in the 2016 NFL season.

“I have to put that aside,” Newton said.

Newton originally helped dabbing—an infamous dance move—gain international popularity during a game against the Tennessee Titans in 2015. Since then, Newton has been an icon for the movement, performing it throughout the 2015 season.

Now, that’s all over and the dab era has begun to come to an end. Predictably, Twitter had a heated reaction to Newton’s announcement.

BREAKING NEWS: Cam Newton says he won't dab anymore
MORE BREAKING NEWS: I have no idea what 'dab' is I don't wanna know, I just wanna be old

Cam Newton saw Spelling Bee kids doing this and decided to quit. Can you blame him? https://t.co/2hQAZ9Lgar

Cam Newton to retire the Dab. Perhaps the rest of the world will follow. #DareToDream

However, like with most internet sensations, where one ends, another begins. Newton told the station he will have a new dance next season, TBD.

“I have time,” he said. “I have until September to find out.”