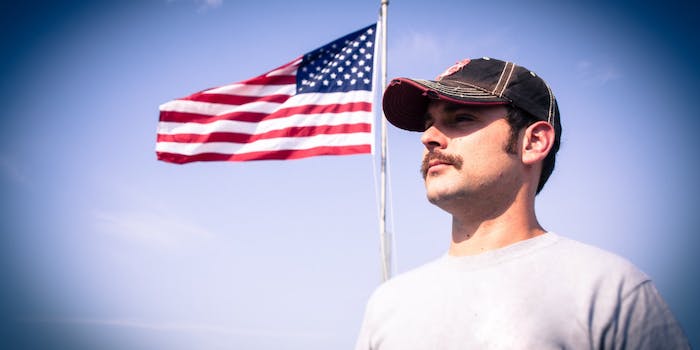 He was previously a vocal defender of the Second Amendment.

In screenshots from a note written on his iPhone, Keeter first identified himself as a lifelong defender of the Second Amendment, which grants all Americans the right to bear arms. Previously he thought allowing civilians to own increasingly powerful firearms was fine because, theoretically, other gun-wielding Americans could step in if any fire broke out. But after surviving the Last Vegas attack, he said his perspective had changed.

“I’ve been a proponent of the 2nd amendment my entire life,” Keeter wrote. “Until the events of last night.”

“I cannot express how wrong I was. We actually have members of our crew with CHL licenses, and legal firearms on the bus. They were useless. We couldn’t touch them for fear police might think that we were part of the massacre and shoot us. A small group (or one man) laid waste to a city with dedicated, fearless police officers desperately trying to help, because of access to an insane amount of fire power. Enough is enough,” he said.

“Writing my parents and the love of my life a goodbye last night and a living will because I felt like I wasn’t going to live through the night was enough for me to realize that this is completely and totally out of hand,” he continued. “These rounds were powerful enough that my crew guys just standing in a close proximity of a victim shot by this f**king coward received shrapnel wounds.”

Keeter ended the letter with a call to action. “We need gun control RIGHT. NOW.” he wrote.

“My biggest regret is that I stubbornly didn’t realize it until my brothers on the road and myself were threatened by it. We are unbelievably fortunate to not be among the number of victims killed or seriously wounded by this maniac.”

That being said, I'll not live in fear of anyone. We will regroup, we'll come back, and we'll rock your fucking faces off. Bet on it.

Many artists who performed at the festival have shared a more “thoughts and prayers”-style response to the shooting.