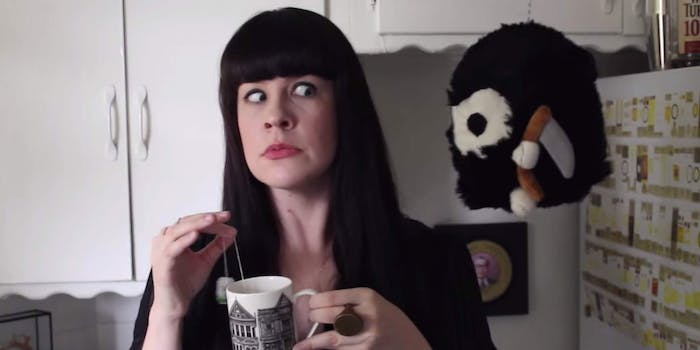 Doughty will serve as a consulting producer.

Caitlin Doughty is YouTube‘s resident death expert, and her Ask a Mortician series has explored everything from liquified bodies to pet wakes. Doughty’s approach to a very difficult subject is relatable and humorous, and her memoir Smoke Gets In Your Eyes: And Other Lessons From the Crematory is an extension of that talent for storytelling.

Smoke Gets In Your Eyes will serve as the foundation for an upcoming TV series, developed in conjunction with Paramount Television and Anonymous Content.

“It came about right after the book came out,” Doughty told the Daily Dot, “and people started popping up asking about potential adaptations. I ended up going on a ton of meetings around L.A., which was such an interesting experience, given that I’ve lived here for six years but have never really seen the inside of all the studios. There’s not much overlap between a mortician’s day job and the glamour of Hollywood; this was a strange week behind the scenes.”

Doughty’s not sure where the series will land, but she’s a consulting producer, so she will certainly make sure it’s “accurate.”

“I’m honestly more concerned that it portrays the industry and death accurately than it gets ‘Caitlin’ accurate,” she said. “Because I think people know the character is not me, but a spun-off dramatic character based on me.”