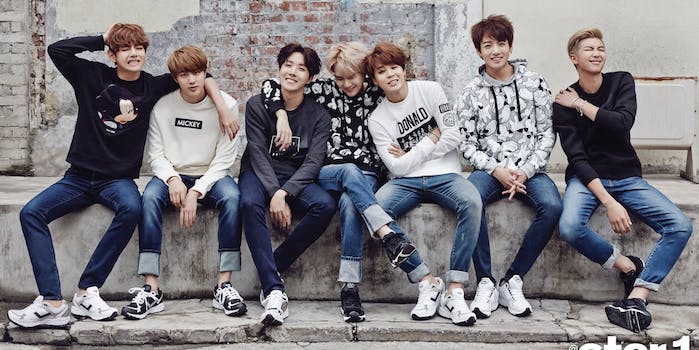 How BTS is changing K-pop for the better

At a glance, South Korean boy band BTS looks just like all the others out there: Candy-colored hair, glowing skin, layers of eyeliner. Its members have mastered the art of the devilish grin. They dance in perfect rhythm, never breaking a sweat.

What they’re actually doing is revolutionizing what K-pop stands for—and they’re starting to win awards for it.

K-pop bands have been in the international spotlight long enough to earn scorn from outside the fandom. They’re trained monkeys, they’re recruited too young, they’re locked in abusive contracts.

BTS is young. Eldest member Jin is only 23. Members are also well-trained, which is clear from the level of expertise they show in their finely choreographed videos. But their true mark of difference is that they seem to be truly happy making music, a quality that shines bright through every performance, fan meet, and social media post. They are the symbol of what can be right within the K-pop industry—and other bands should follow.

They are only one part of this evolution, though they are at its heart.

They are represented by small label Big Hit Entertainment, which only has one other band under its wing. Compared to well-known companies like YG Entertainment (Big Bang, PSY) and SM Entertainment (Girls Generation, Shinee, Exo) that are known for mass-producing stables of perfectly groomed idols, Big Hit has chosen to focus its energy on making only a few bands very good. In the process, the label is turning the tide against K-pop’s sullied reputation of treating its stars unfairly.

The beginnings of the ‘Bulletproof Boy Scouts’

BTS made its official debut in June 2013, ascending to fame at three times the rate that major fellow musicians did in their own time. Most bands take a while to warm up, but BTS was running out of the gate thanks to the leadership of a deeply motivated rapper. 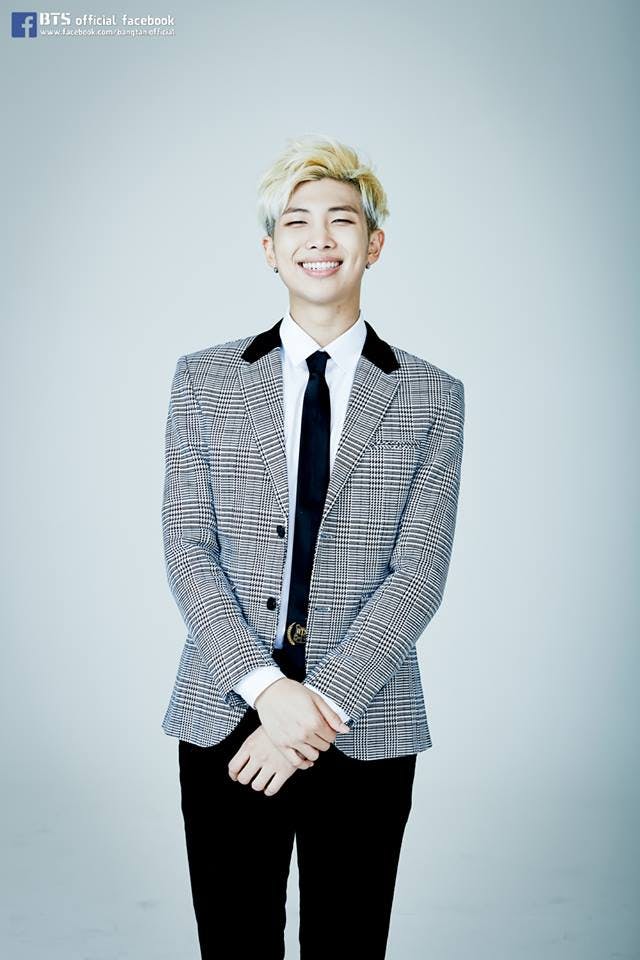 Kim Nam Joon, known as Rap Monster, was recruited as BTS’s first member back in 2010 during a Big Hit talent audition. He was already active in Korea’s underground hip-hop scene, where he used the moniker Runch Randa and performed alongside Block B’s Zico. Rap Monster trained for years with two other underground rappers, Jung Ho Seok (J-Hope) and Min Yoon Gi (Suga), feeling as if the band would never get to actually debut.

“New members weren’t being recruited, so I felt anxious and restless,” Rap Monster said in an interview with Sports Seoul. “People around us kept asking, ‘When in the world are you debuting?’”

The wait was worth it, although BTS’s fledgling members could hardly have imagined what would come next. They were joined by a new member, Jeon Jung Kook, who had been heavily scouted, receiving offers from eight different entertainment agencies. But after seeing Rap Monster perform, he realized he had found what he was looking for. 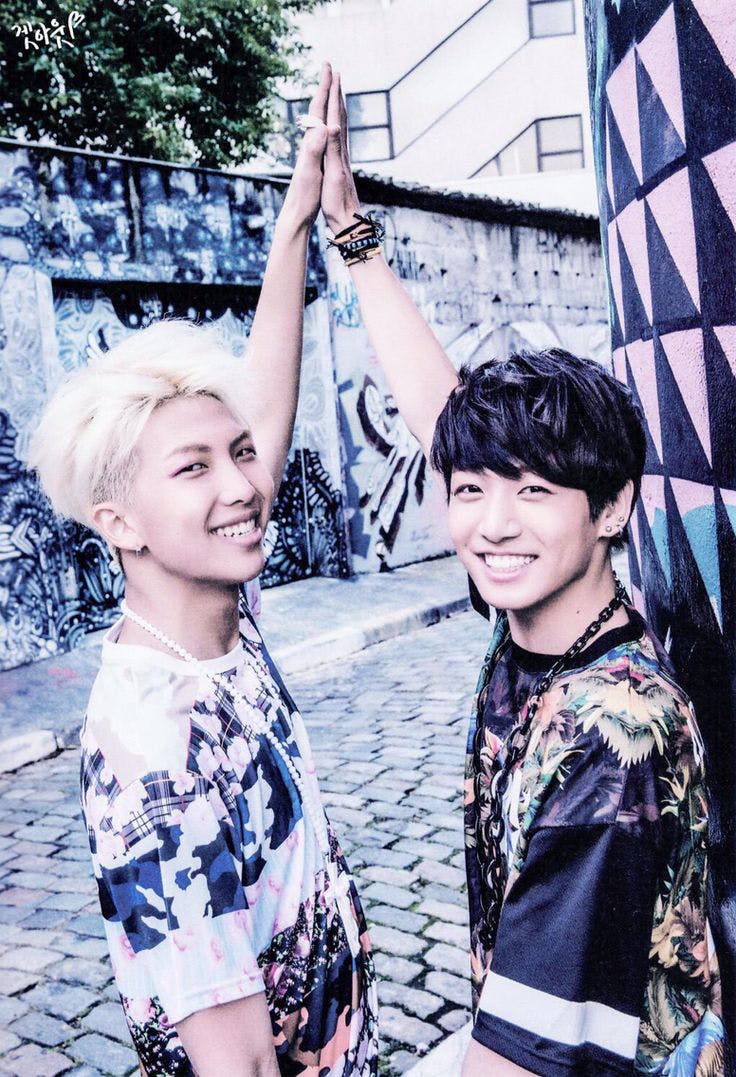 Members Kim Seok Jin (Jin), Kim Tae Hyung (V), and Park Ji Min (Jimin) were also added, rounding out the group with dancers and a “visual” leader in Jin. Finally ready to roll, the boys pushed to debut their first album as part of a school-themed trilogy. Called 2 Cool For School, it was released in 2013 with a clear difference from most of the K-pop it shared airwaves with. Like their idols from Big Bang, the band penned most of their own songs.

Being allowed to invest in their own thoughts and create exactly how they wanted was something that many K-pop bands never get a chance to do. Big Hit made a key choice in developing BTS this way, one that gave the boys a clear industry advantage. J-Hope, Suga, and Rap Monster were first to contribute regularly, as all were well-versed in writing thanks to their background in the hip-hop scene.

As BTS released the second and third entries in its school trilogy, O!RUL8,2? and Skool Luv Affair, the sound started to morph from the clear underground hip-hop influence that the rappers brought in to something with more balance and depth. And as the boys experimented, they all started to become more comfortable with writing their own material. 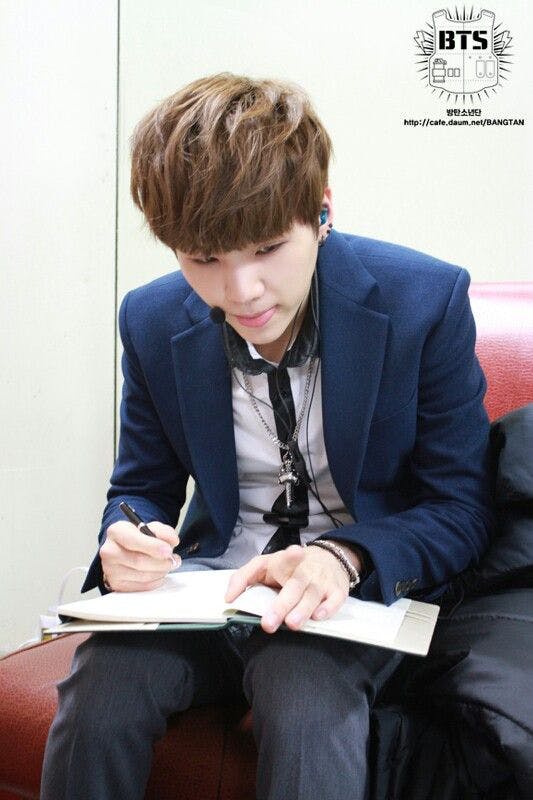 “At first, they didn?t participate a lot, but these days, they?re really into it,” Suga said during an interview with M-Wave in 2015. “The speed of growth is blinding.”

Rap Monster also differentiated the group by taking an open stand in favor of LGBT rights, a topic which is still highly incendiary in South Korea. Idols typically don’t take sides in such topics.

“A song about homosexuality. I heard this song before but I didn’t know the lyrics,now I know them and I like the song twice as much,” he wrote about the Macklemore & Ryan Lewis gay rights anthem “Same Love” in a 2013 tweet.

Creating the true self

By the time BTS released Dark and Wild, its first full length, non-trilogy album in 2014, fandom was gaining major traction. Calling themselves A.R.M.Y. (which stands for Adorable Representative M.C for Youth), the participants began to churn out fan art, fanfic, and general adoration for the boys at a stunning pace.

BTS’s members were called “the breakout stars” of South Korean culture festival KCON when they performed there as rookies in 2014, and the media was starting to take notice of these seven talented boys who seemed to be having such a good time making music.

They decided they were ready to tell another concept story with their next album series, and it was one that touched fans deeply—cherishing the here and now. Called The Most Beautiful Moment in Life, Pt 1, it also introduced BTS to its most complex choreography yet.

The single “Dope” broke new ground for BTS, telling a story of the boys’ determination to succeed above all else. The lyric “our youth rots in the studio, because of it we’re closer to success,” seems dark—but it also sent a clear message to the rest of the industry: They were willing to do anything to find stardom, and they’d do it with good cheer.

“This is BTS style,” they sang, smiles of triumph on their faces.

The band also fulfilled a lifelong dream of playing at a South Korean landmark for musicians during their recent Epilogue concerts, which marked the ending of the Most Beautiful Moment in Life trilogy. The shows were held at the Olympic Park Gymnastics Arena May 7 and 8 and attended by hundreds of thousands. 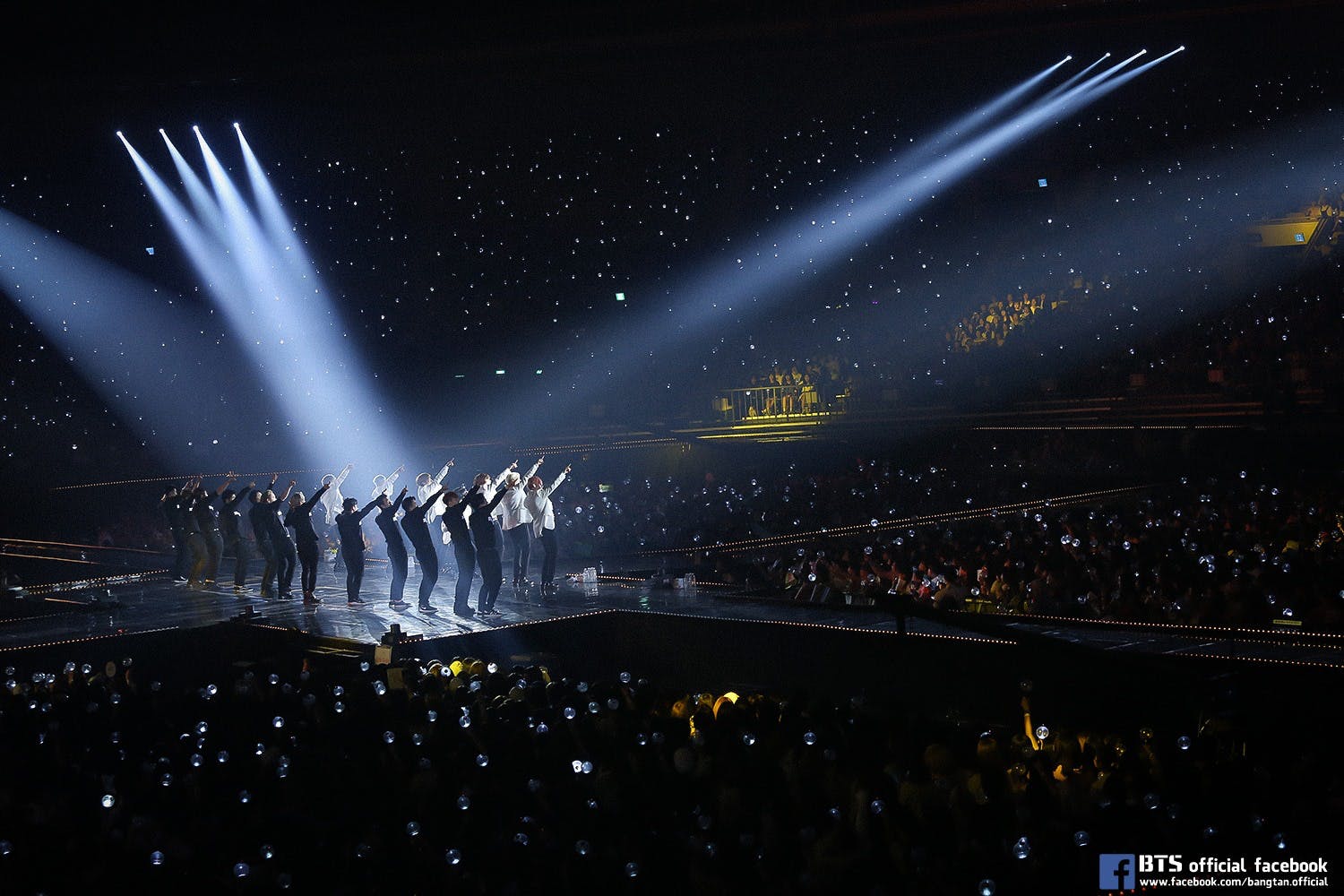 The concert was such an emotional one for the members that several cried onstage, overwhelmed with gratitude. Suga’s parents, who previously did not accept his decision to become an idol, were in the audience for the first time.

“To be honest, I rarely cry onstage,” he said during the show. “The more you chase perfection, the more you can’t achieve it. Compared to being the perfect Min Yoon Gi, I think being together with you all and a Min Yoon Gi that is constantly improving would be better. And to my parents, I think I’m a son that makes you proud now. Dad, Mom, hyung, I love you all.”

BTS has been invited back to KCON this year—now as headliners on each coast, in Los Angeles and New Jersey. It’ll put the boys back in the United States to the glee of a larger international fanbase. Millions are following the trajectory, inspired by their effort to move beyond traditional boy-band metrics.

After only three years in K-pop, they’re not only succeeding wildly in the industry, but setting a standard for the bands that will come after them. Their souls are in their performances because they helped to create them—an investment that makes all the difference between memorizing dance routines like a marionette, and embracing them with passionate, authentic joy.