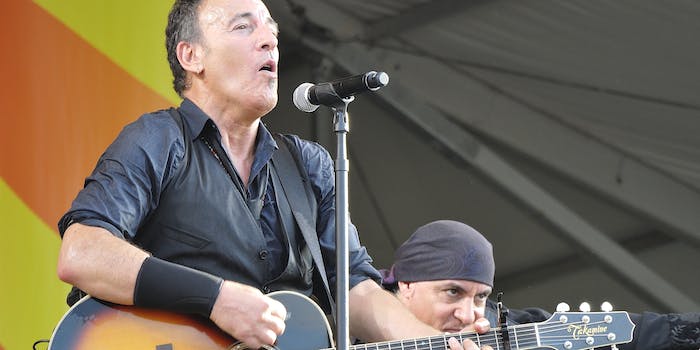 Concert-goers had no idea what they were about to experience.

The patrons of Wonder Bar in Asbury Park, New Jersey, came for live music and a good time, but what they got instead was infinitely better: a surprise Bruce Springsteen concert.

Joe Grushecky and the Houserockers were about 20 minutes into their set when Springsteen came onto the stage. Grushecky called Springsteen “the king of New Jersey” while introducing him, a sentiment many Springsteen fans would heartily endorse.

Springsteen and Grushecky—who have collaborated together for decades, including on multiple shows at the annual Light of Day festivals in Asbury Park—then played 15 songs together over the course of two hours.

The two musicians haven’t played together in Asbury Park since 2004, but they were just as solid as ever.

Springsteen, a rockstar and New Jersey legend with a large and loyal fanbase spanning decades, got his start in Asbury Park and is known to occasionally pop up to play in his old stomping grounds around the Jersey Shore town. He last played at Wonder Bar in 2011 with J.T. Bowen and the Sensational Soul Cruisers as a tribute to Clarence Clemons shortly after his death.

Springsteen’s final song of the night, “Light of Day,” was dedicated to all of the people who rushed to Wonder Bar after hearing about Springsteen’s surprise appearance but couldn’t get into the packed bar.