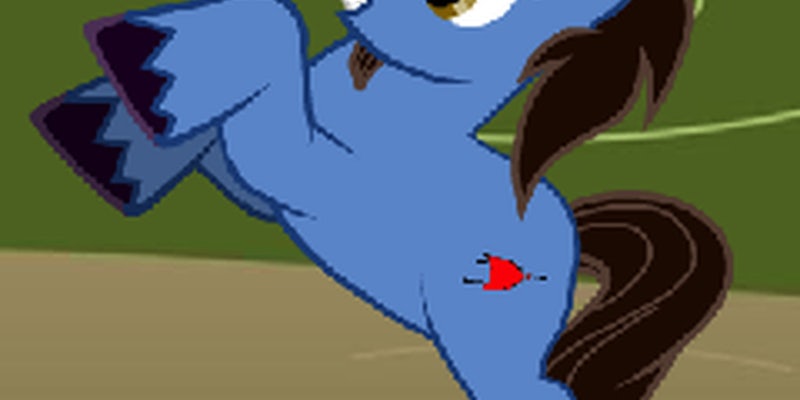 Brony fandom gets its own PR campaign

Bronies are hoping to repair the community's image with a commercial. Will it work?

A brony aiming to produce a TV commercial about his community has raised $13,653 on IndieGoGo, more than six times his monetary goal.

It’s a crowd-sourced PR campaign for brony fandom. Will it work?

New Hampshire brony James Turner wanted $2,000 to fund his commercial, The Brony Thank You Project. He hopes the ad, which would record thank-you messages from real bronies, to run on the Hub, the channel that airs Hasbro’s My Little Pony: Friendship is Magic, in order to thank the creators:

“Bronies aren’t the primary demographic… but that doesn’t mean we don’t love the show and want to let the folks at Hasbro and The Hub know it,” he wrote. “Even if it only runs a single time, the ad will be a big shout-out to the folks who create the magic, and an indication to Hasbro that we’re out here, have money, and want the show to continue to be produced.”

Hasbro is probably already well aware of the bronies, the widely reported worldwide phenomenon of adult fans of My Little Pony, but Turner had a secondary goal: he wants to feature real bronies on TV in order to repair the brony image.

Bronies are sometimes portrayed as obsessive, Cheeto-chomping virgins (see this CollegeHumor video, for instance). Though research has shown the community is far more diverse than its portrayed in pop culture, the fandom still has an image problem.

Turner hopes his commercial will show that real bronies aren’t all like the ones people so often hear about in the media.

“The intent is to choose representative bronies for the ad who run in the face of the brony stereotype,” he wrote. “So, for example, we’d love to have an active-duty brony stationed overseas read one of the thank-yous, or a doctor, or a businesswoman behind a desk.”

More than 300 bronies have funded the project. Among those commenting, however, opinions on its are merits are divided.

Some worry that the commercial will be too self serving.

“This is nothing but an ego trip,” wrote earl.sanchez730. “Apparently most of you are so desperate for attention you feel that you all need to have a fancy commercial just to say that bronies don’t suck… I say we just use this money for something more selfless than this.”

Turner said he sees the commercial as an opportunity to showcase the role models in the brony community for the kids watching the Hub at home.

“I see this as a chance to do something really positive,” he wrote. “Imagine an 8 year old girl seeing a fireman or soldier or doctor saying how much they like MLP. The message it sends is that just because you ‘grow up,’ you don’t need to give up the things you love.”

Turner plans to film the commercial in mid-May. We’ll update when (and if) it airs.