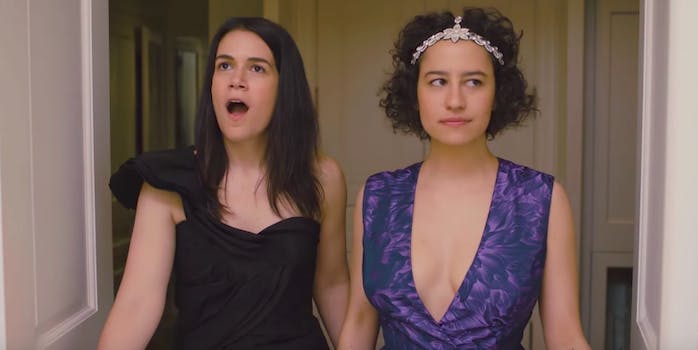 The show will bleep every mention of the president’s name in its new season.

Broad City will take on President Donald Trump in a big way in its fourth season—by not addressing him at all.

The Comedy Central show, created by and starring Ilana Glazer and Abbi Jacobson, will censor every mention of the president’s name in its new season, USA Today reports.

“There’s no airtime for this orange (person),” Glazer told the paper. “We bleep his name the whole season.”

Glazer added that Broad City’s new episodes are “deeply rooted in this time,” and were heavily influenced by the outcome of the 2016 presidential election.

“We wrote (this season) being like, ‘Here we go! Hillary for president!” Glazer told USA Today, but after “this game-show host became president of our country, we rewrote a lot.”

Despite effectively eliminating Trump from Broad City’s upcoming season, Glazer and Jacobson will still address relevant sociopolitical issues with their trademark scathing wit. Glazer discussed a new episode that premiered at Colossal Clusterfest in San Francisco earlier this month, in which “Ilana’s ‘powers’ are decreasing during the current administration because it’s just so hard to (orgasm) when you know so many people are in such danger. So Ilana works through her Trump-related (hang-up) and it’s wild.”